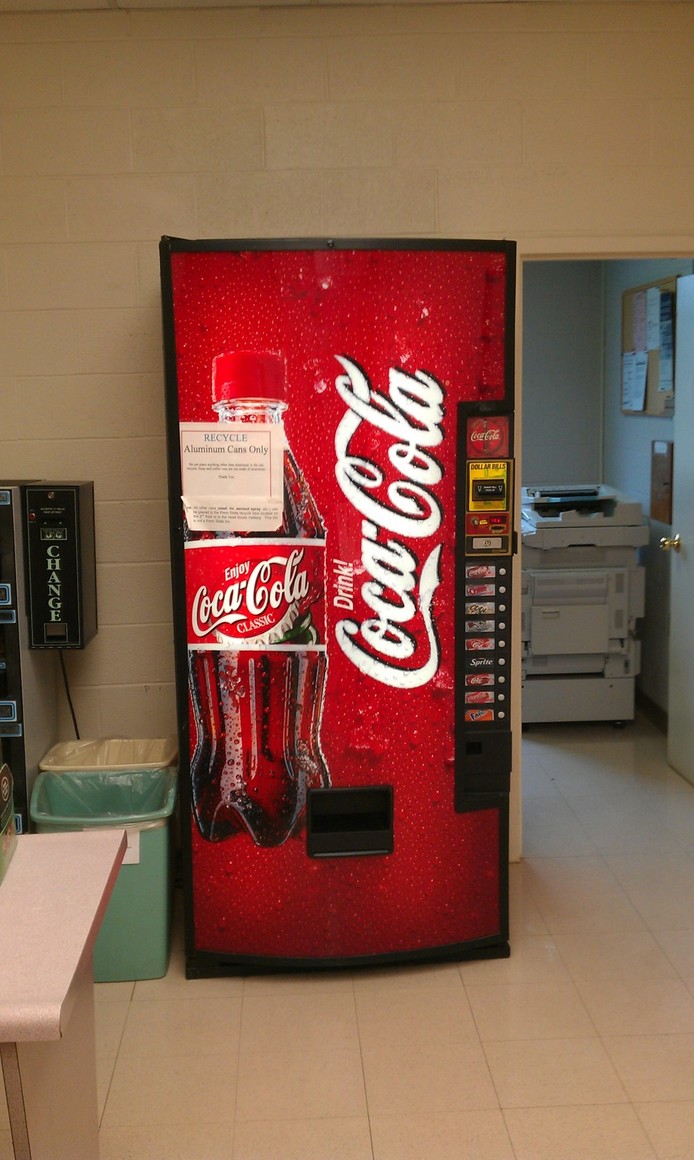 “Coca-Cola” has been said to be the second most globally recognizable word behind the yes-for-slackers, “okay,” so why the hell is it impossible to find a can of Sprite on campus? Blame Joab Thomas, the presidential predecessor of current man-in-charge, Graham Spanier.

Back in 1992, Thomas signed a $14 million deal with PepsiCo to make Pepsi the official sugary vice of the Nittany Lions. They received exclusive rights to stock campus vending machines, convenience stores, and dorm room rum and cola recipes. Pepsi’s contract supposedly set aside $8 million for scholarships and construction endeavors.

For those who have continually beat the Pepsi Challenge and prefer the classic high-fructose corn syrup goodness of a cold Coke, there is a campus spot to get your fix.

Across the street from the Berkey Creamery on Curtin Road, there is a federally-run agricultural research facility. The key word here is federal.  Being sanctioned by the US Department of Agriculture, the Pasture Research Labs doesn’t have to adhere to the rules of the blood-brotherhood forged between Penn State and PepsiCo. The lab is home to not only USDA greenhouses, but to (as far as I know) the ONLY Coca-Cola machine on campus.

Sneaking past receptionist offices and visitor sign-in sheets, you will find a conference/lunch room at the end of a hallway on the first floor of the Pasture Labs. Inside of the seemingly run-of-the-mill break room is the Ark of the Covenant of Soft Drinks–a 9-selection Coca-Cola vending machine stocked with Original Coke, Sprite, Barq’s, Fanta, and even Cherry and Vanilla Coke.

And if the obvious taste difference isn’t enough to inspire you to pull a B&E on a government lunch room, maybe the price difference will. A can of premium grade caffeine and caramel Coca-Cola goes for the flat-line price of 50 cents a pop. That’s half of the $1 price tag you will find on a 12 oz. can of poser PepsiCo’s wannabe products in campus vending machines.

I’m not sure what kind of soft drink Roswell that Penn State is trying to run, but I believe that the people have the right to “open happiness.” We’re not only being deprived the opportunity to enjoy the refreshingly crisp line of Coca-Cola products, we’re being swindled into paying twice as much for an inferior beverage.

What do you think? Are you fine with being forced to embrace “the joy of Pepsi-Cola?” Or are your soda cravings “always Coca-Cola?”

Share via
Secret Stash of Coca-Cola Found in Campus Building
https://staging.onwardstate.com/2011/04/29/secret-stash-of-coca-cola-found-in-campus-building/
Send this to a friend