Not Quite a Senior Column: David’s Parting Words 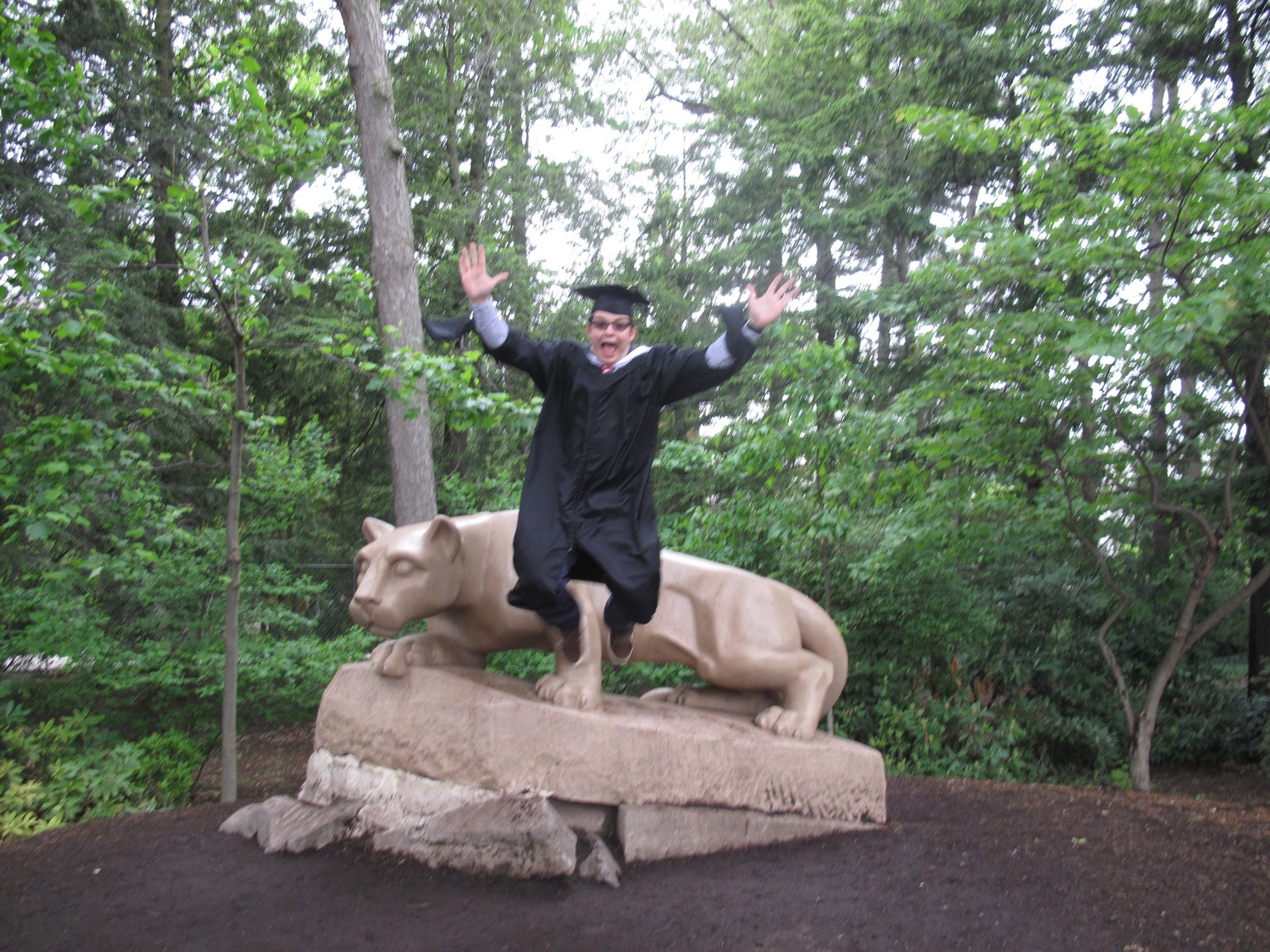 I joined Onward State in the Fall of 2011 with the hope that I would be part of the group that was going to sustain this blog after the founders — Davis, Eli, and Evan — graduated. It didn’t turn out that way. So it’s time for my goodbye post. It’s not a senior column, since I’m not graduating and I’m not in undergrad anymore. In any case, this is my goodbye post.

My relationship with Onward State started very early into this blog’s existence, I was one of its first readers. I came to Penn State in the fall of 2008 as a grad student, and I was looking to see where I could get the scoop on what was going on at University Park. The few blogs out there were not my cup of tea. They either were focusing too much on sports (I come from a place where soccer is football, and I barely know anything about that, let alone American football) or way too political for my taste. The Collegian’s website was horrible (I guess some things don’t change that much in four years), and all I was left with was the bland official news of the voice of the University.

I don’t remember how, but I stumbled over Onward State and their article on Girl Talk’s concert. I had no idea what Girl Talk was. Or what Onward State was, for that matter. I continued reading, thought they had a lot of things going for them, and then I took the big leap. I wrote an email asking if they needed writers. But I wrote a long, embarrassing e-mail that made little sense. If I remember correctly, the response I got from Davis was “I don’t understand” or something to that effect. And, as I usually do when I feel like I did something stupid, I froze up, and just completely left it alone. However, I continued being a reader, and an involved one at that (no, I didn’t troll in the comments section).

Fast-forward to Fall 2011. I’m back at Penn State after a year at a different university, already a proud alum, coming back for another degree, and I see this post on OS about them looking for people. “I can’t write worth a damn, and I’m too lazy, they’d never take me on, especially after that first attempt. Plus I’m a foreign grad student. Totally not their thing.” But then I read through it and it seemed like there was a place for me, Social Media Manager. “Sounds like something I’ve done before, on a smaller scale, something I’m passionate about, and it’s the perfect opportunity to move from ‘Guy we know from twitter’ to actually getting to know the people behind the institution”.

A week later, I got a Twitter direct message from @davisshaver: “Surprised but very happy to see your app! Will be in touch soon.” I remember exactly when I got it. I was walking to the class I TA’d in the morning and I was in the underpass at the library. I was so happy about it, I nearly missed a couple of steps on the stairs. I was hoping this would change my second Penn State experience. And I couldn’t have been more right.

This past year has gone by so fast, and it was a completely different Penn State experience than my first two years here. It was due to the people I worked with in the College of Communications, the people I hung out with, the people I went to Jamaica on Spring Break with, the people I made quick friends with and will always be my close friends, and, most importantly, because of the people at Onward State.

I could wax poetic about my role in Onward State this past year — how I did this, how I did that — but this is already a long post, and you don’t care about my social media philosophy, so I’m going to tell you its role in my past year.

I had the opportunity to work alongside some of the most hilarious idiots and misfits I’ve ever met, and I love them. I got to go crazy with a bunch of #yolo-loving undergrads, and I kept up with them. I measured wits, words, and tech quips with some really pedantic nerds and hilariously bitchy hipsters, and I had fun.

I dodged balls with these guys, I spent hours upon hours at Irvings doing nothing productive with these people, and damn it, I danced on the Indigo speakers with these weirdos. I saw people leave, people come, people evolve into editors, and I saw some of the best journalists this school has working alongside a bunch of bloggers, and I saw top-notch opinionated bloggers share this site with journalists.

Even I sometimes wrote about comedy, and I actually wrote on April Fools, too. I defended hilarious articles, got into twitter feuds (one as recent as today) over meaningless OS-related subjects, and always did it with passion and conviction. “The (crazy) Romanian”, “the grad student”, “THAT guy”, I’ve been called all of these, and more (I can’t write some of them on here — our website would be shut down). I was part of this incredibly dysfunctional family, and boy did it feel good.

This chapter of my involvement with Onward State ends here (or somewhere around here), but this adventure ain’t over yet, I’ll always be one of your readers. Thank you Onward State — thank you for everything.

David is a Ph.D. Student in the College of Communications, an alum of PSU's School of International Affairs and of the University of Bucharest's College of Political Science. He is a native of Bucharest, Romania and if you ask him about his hobbies, he'd say that he likes, not necessarily in order, photography, comedy and social media. David's Google Profile

Share via
Not Quite a Senior Column: David\'s Parting Words
https://staging.onwardstate.com/2012/04/27/senior-column-2/
Send this to a friend