Nvrsoft Throws Dubstep, D&B and Breaks Into the Mix 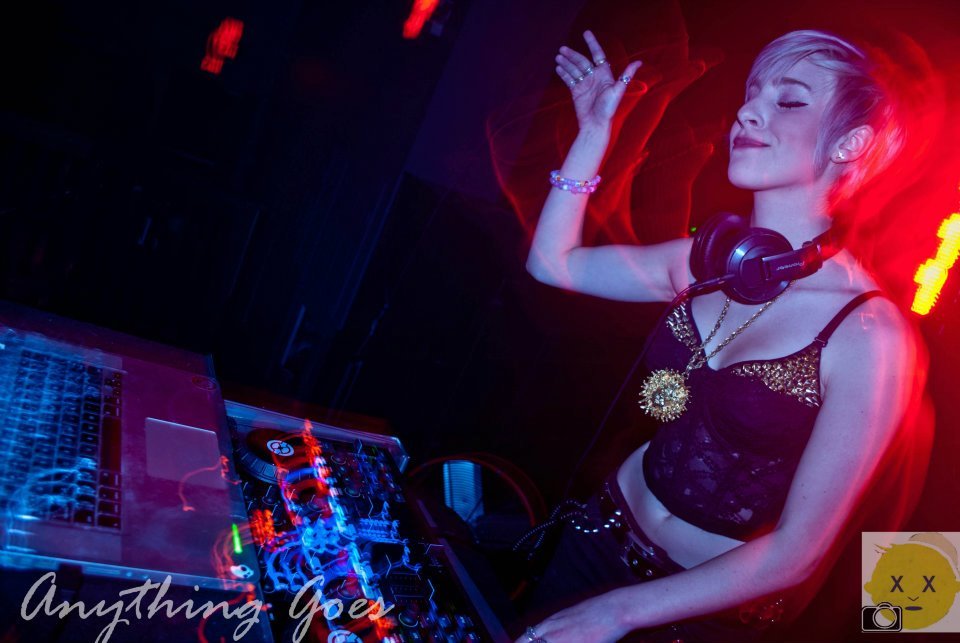 Within the Penn State community lives an Electronic Dance Music subculture that many students either tend to overlook or don’t even know exists. But with EDM ever increasing in popularity,  that subculture is now scratching its way into the mainstream conscious.

One DJ within this family of music lovers is sophomore Kat Dudinsky, also known by her stage name “Nvrsoft“.

An EDM mixer who not only plays shows at Levels and frats, Kat has performed sets in her hometown scenes around the Baltimore/D.C. metro area. As the reach of her beats varies, so does her musical style.

“I bounce around and play whatever I am feeling at the moment. When I started out, I pretty much just played exclusively dubstep, which is still very much my style,” Kat said. “But as I progressed, I’ve started to diversify what I play.”

Depending on the type of set she is playing and the crowd she is playing for, Kat will choose from any number of EDM sub-genres ranging from Drum and Bass, to Breaks, to Electro. Every day, Kat is looking for new musical influences within the genre in an effort to explore the latest up and coming electronic styles and expand her development as an artist.

In addition to being an EDM DJ, she is also a social chair on the Penn State Electronic Dance Music Club. Kat explained that the purpose of the club is to unite Penn State electronic fans and share the music that they have discovered with each other. At the club’s socials, Nvrsoft is likely to play a set for her fellow club members and other party goers. To get involved with the club, check out their Facebook page.

Kat believes that the EDM scene is composed of some of the coolest, weirdest, and genuinely kindest people in the world. She described her first time experiencing the rave culture when she was a sophomore in high school. In a warehouse on Rhode Island Avenue, Kat discovered a passion that she has carried with her since that day.

As she got further into the scene, Kat realized that she didn’t just want to be a dancer at the raves, she wanted to DJ. During the summer session of her freshman year, she collaborated with a fellow PSU DJ, Keegan Tawa, who showed her the ropes of electronic mixing. With Keegan’s help, Kat was able to get her feet off the ground and make a name for herself in the Happy Valley EDM scene.

Under her alias “Nvrsoft,” Kat hopes to get more into producing and creating her own unique sound. By focusing more on sampling and editing, she hopes to start playing live sets. Looking down the road, Kat has nothing but good things coming ahead. By planning her future as an artist one day at a time, she will be spinning her own music within a year or so.

“As a DJ, I just love being a part of this scene so much,” Kat said. “To be the person that is on the stage that can share the music they love with everybody else and share that energy with the crowd is so rewarding to me.”

Share via
Kat Dudinsky: DJ or EDM Guru? (Or Both!)
https://staging.onwardstate.com/2012/09/28/kat-dudinsky-dj-or-edm-guru/
Send this to a friend