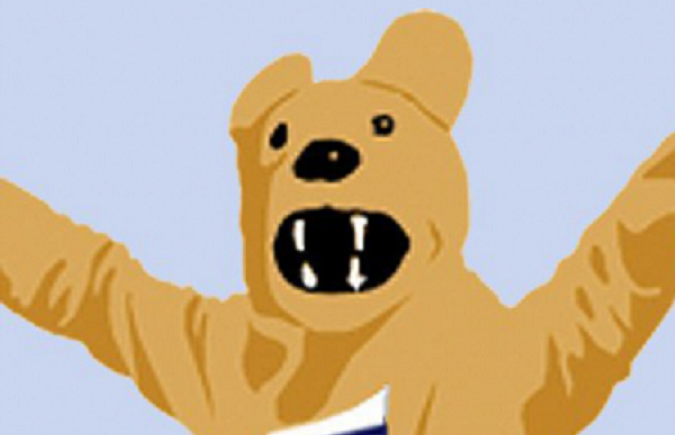 As 2013 comes to a close, we here at Onward State are taking some time to reflect on a hectic but rewarding year. Our 2,498 published posts were viewed by millions of people from 221 countries and territories in 2013 (special shout out to the reader from Turkmenistan last week). We couldn’t have done it without all of you, both students here in State College and alumni scattered across the globe.

Some were snarky, some were tragic, and some were serious, but here they are — the most-read Onward State posts of 2013:

Sometimes, the most popular stories are the ones that don’t require any effort to write. This unfortunate episode between a former Penn State professor and the Willard Preacher in September went viral after it was caught on camera and sent to us.

A former student fell to his death at University Gateway last April. The interest was only heightened because the incident happened before most students went to bed, which caused somewhat of a commotion. This is a story that no writer ever wants to happen, and one that we’d rather not see on this list.

This is another story we’d prefer to never need to cover. We didn’t write a follow up, but the perpetrator has pled not-guilty and is currently awaiting a trial date. This is the last tragic one, I promise.

We wrote this post last spring, honestly, because it was a slow news day. But apparently Penn Staters really love their puppies, and the post went viral as a result of a mini-social media campaign by students. Our voices were heard, and there were puppies a week later.

An unwanted side effect of the new unlimited bandwidth limit on campus, I suppose. The perpetrator was later sentenced to nine months in prison for asking 13-to-16-year-old girls online for naked pictures to gain admission to a so-called “secret sorority.” Not Panhellenic Council approved, I’m sure.

This column seems sort of worthless now, with Bill O’Brien reportedly on the brink of accepting an NFL coaching job, but at the time, Terry Pegula’s generosity to get the coach a new contract seemed consequential. Now? Time will tell.

This was, surprisingly, our only Sandusky-related story to make the top ten this year. So far, Bob Costas is the most prominent journalist to publicly show extreme skepticism toward the Freeh Report, and this story took off on that message. The report is often maligned by Penn Staters, but it was a welcoming sign to have an independent voice note its shortcomings as well.

8. The 26 GIFs That (even more) Perfectly Describe Penn State

Sometimes, Buzzfeed just does it right. We put together a collection of GIFs that helped describe the Penn State experience. This was also one of our most shared stories of the year.

Everyone loves Sue Paterno, and for good reason. This letter written by Penn State’s matriarch to some of her husband’s former players was touching, and a testament to a lifetime of teaching and loyalty.

We just can’t escape it. In what might be Onward State’s most famous post of all time, Mary Krupa and her furry friends made the top 10 again. This post was actually written in 2012, but through search engines and back links, it surpassed almost all of our content for 2013 to make this list. The Squirrel Whisperer’s ascension into Penn State lore was chronicled here — and at this rate, you’ll see this post again on next year’s list.

Thanks again for your readership and support over the last year. We look forward to writing for you again in 2014 — and beyond!