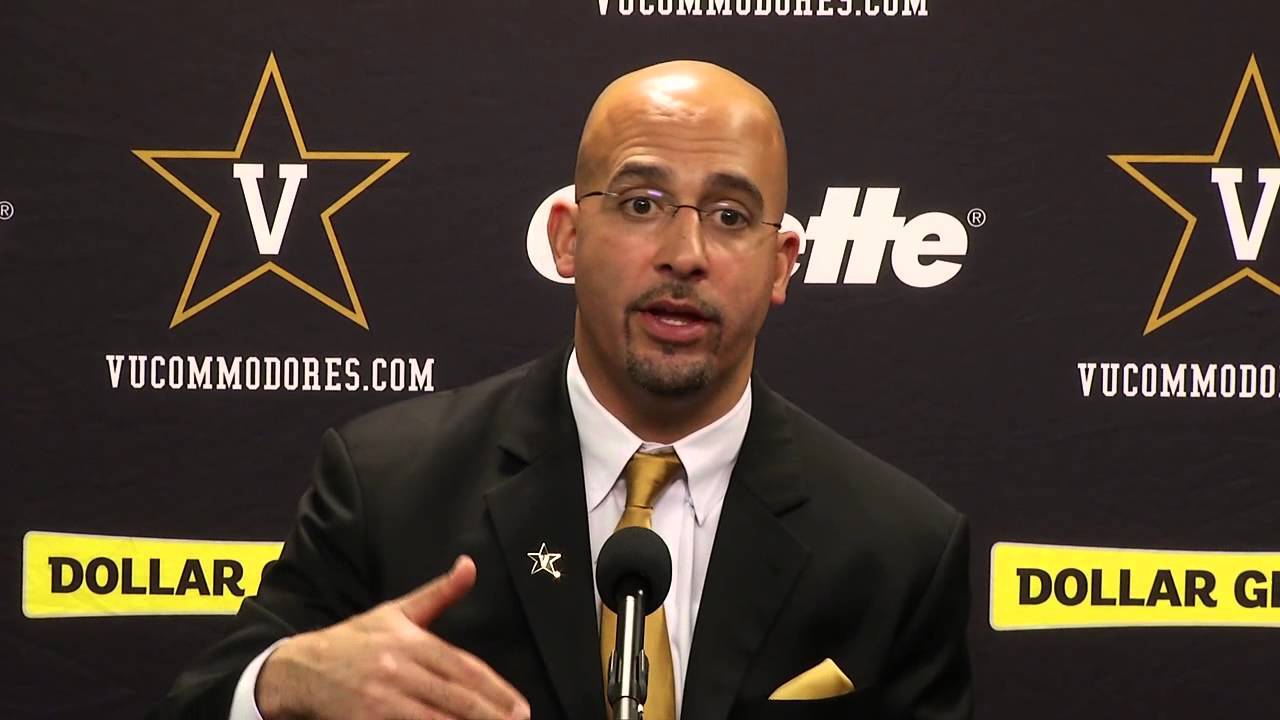 It’s official: Bill O’Brien is no longer Penn State’s football coach after two years in Happy Valley. While we all want to sit and be angry/sad/confused, the big thing to remember is that Penn State doesn’t have a head football coach right now. After 45 years and one head coach, Penn State is about to embark on its second head coaching search in three seasons.

Rumors have been circulating for days about various coaches that are interested in replacing O’Brien, and now Athletic Director David Joyner and co. will be tasked with finding a replacement. We compiled a list of some potential candidates, but remember, as we learned with O’Brien, there’s no guarantee that Penn State will hire anyone mentioned early in the process.

Here we go, in no particular order:

James Franklin (head coach, Vanderbilt) — The hottest name in coaching right now is Franklin. While Cutcliffe had one good season at Duke, Franklin has done something even more impressive, turning lowly Vanderbilt into a respected program in the SEC in three years. Franklin has compiled a 23-15 record at Vandy, and Penn State is reportedly smitten with the Pennsylvania native. He’s an innovative offensive mind who is highly respected in the profession and apparently has no NFL aspirations.

The one thing to remember with Franklin is that he is a candidate for almost every major coaching job in the NCAA. If Penn State wants him, it would need to act fast.

Greg Schiano (former head coach, Tampa Bay Buccaneers) — If we’re handicapping the coaching search, Schiano may be the favorite. He’s currently unemployed, coached at Penn State for a few years under Paterno, and the university reportedly really likes him. He turned Rutgers into a respectable program, and was a hot commodity among NFL circles before his hiring. After an unsuccessful NFL stint, Schiano may look to return to the college ranks, and Penn State would certainly be an appealing job.

Al Golden (head coach, Miami) — Golden may end up being the favorite for the job once the smoke clears and Penn State begins its search. He played at Penn State, coached at Penn State, and has had success at Temple and Miami. He is a disciple of Joe Paterno, and even wears a button down shirt, a tie, and khakis every game, just like his old coach. While he has said he’s committed to Miami, he’d certainly pick up if Penn State called, right?

David Cutcliffe (head coach, Duke) — Winning basketball games at Duke is simple. Winning football games is incredibly difficult…at least until Cutcliffe took over. Despite a 31-43 record at the school since 2008, Cutcliffe led the Blue Devils to a 10-3 record this year, the ACC title game, and the Chick-fil-A Bowl. If Penn State is interested, Cutcliffe makes sense, especially financially — he only makes $1.5 million a year at Duke.

Jon Gruden (ESPN analyst) — This is more of a formality than anything. Any time a coaching job opens up, the former Tampa Bay Buccaneers and Super Bowl winning coach gets thrown into the mix. He doesn’t want to coach this year, and unless he gets absolutely blown away by Happy Valley, it’s unlikely that he’d ever coach here.

Larry Johnson, Sr. (defensive line coach, Penn State) — Why not? If Penn State wants someone with no NFL aspirations and is 100 percent committed to the Nittany Lions, who better than Johnson? It’s a longshot, but Penn State wouldn’t have to worry about him leaving for a paycheck or the NFL. Or really, anywhere else.

Mike Munchak (head coach, Tennessee Titans) — Munchak would be an interesting choice. Yes, he’s an NFL guy, and has been in the league as a player or a coach since 1982. But he’s also a Penn Stater and his time in the league hasn’t exactly been successful — he’s 22-26 in his head coaching career. He played under Paterno from 1978-1981, and was supposedly “torn” over staying in Tennessee or taking the Penn State job in 2011. Now that he may be on his way out of Tennessee, there’s nothing stopping him from taking the Penn State job.

Dan Quinn (defensive coordinator, Seattle Seahawks) — Quinn’s name hasn’t been thrown around for any college jobs, but he is a rising star in the NFL for his performance coaching the Seattle Seahawks’ top-ranked defense this season. He has zero ties to Penn State, but he’s an energetic, up-and-coming guy whose name is expected to blow up soon for his job coaching one of the premier units in the NFL. Basically, he’s a defensive version of O’Brien.

Mark Richt (head coach, Georgia) — Richt’s name was thrown around when Penn State was looking for a replacement for Paterno. He has been incredibly successful at Georgia since he took over in 2001, compiling a 126-44 record and finishing in the top-10 of the various postseason polls seven times. It’s unlikely that he would leave Georgia, but he’s a big name, a great coach, and has piqued the interest of the university before. Consider him Penn State’s biggest possible reach.

Greg Roman (offensive coordinator, San Francisco 49ers) — Like Quinn, Roman is a hot name among NFL coordinators. Roman has turned San Francisco’s offense from anemic to dynamic, and could make the transition from O’Brien a little less rocky. He also has no ties to Penn State, and you’d have to believe that after everything that happened with O’Brien, the university would be a bit tentative to hire an NFL coordinator with no Penn State ties and possible NFL aspirations.

Share via
Potential Replacements for Bill O\'Brien as Penn State Football\'s Head Coach
https://staging.onwardstate.com/2013/12/31/replacing-obrien-who-will-be-penn-states-18th-head-football-coach/
Send this to a friend