Barron ‘Appalled’ By Media Rush to Judgement on Paterno Allegations 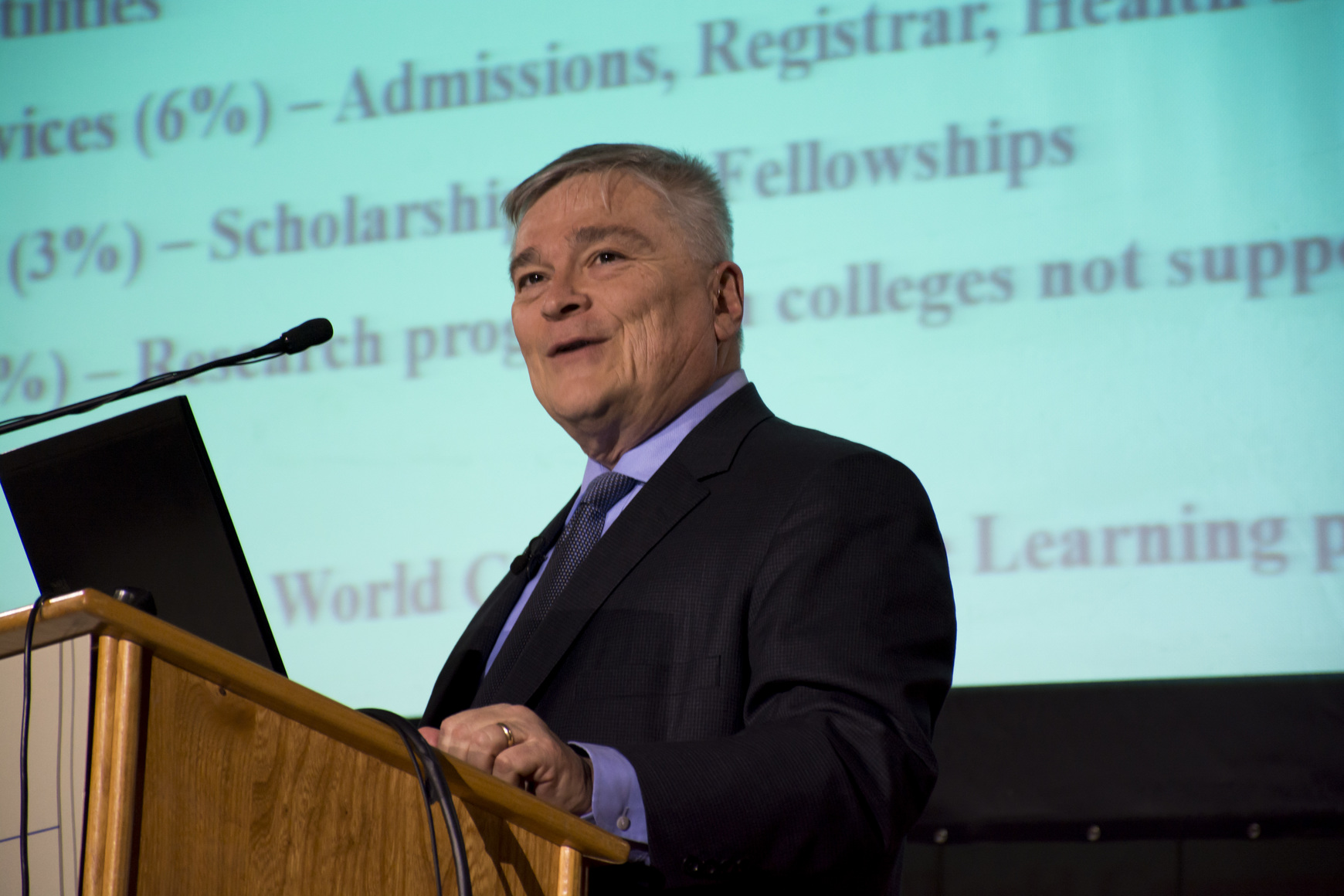 By now, you’ve probably read the new allegations made by an insurance company in a dispute with the university, which accused Joe Paterno of knowing about a 1976 child abuse incident. Predictably, the national headlines have been damning despite no reputable corroboration for any of the claims.

President Eric Barron came out swinging today in a letter to the university community raising doubts on the media reports, stating that he is “appalled by the rumor, innuendo and rush to judgment that have accompanied the media stories surrounding these allegations.” One wonders how much better Penn State would have been if Barron was president instead of Rodney Erickson in 2012 when the university stood silent as it was being attacked by the world, but I digress.

“I have had enough of the continued trial of the institution in various media. We have all had enough.”

Over the past few days, allegations have surfaced from individuals who claim to be Sandusky victims and from unidentified individuals about the alleged knowledge of former University employees. None of these allegations about the supposed knowledge of University employees has been substantiated in a court of law or in any other process to test their veracity.

I want you to know I am appalled by the rumor, innuendo and rush to judgment that have accompanied the media stories surrounding these allegations. All too often in our society, people are convicted in the court of public opinion, only to find a different outcome when all the facts are presented.

In contrast, over the last two days we have worked to be diligent in reanalyzing the record of reports and depositions to ensure that our reactions and comments are both responsible and trustworthy.

Second, we cannot find any evidence, related to a settlement or otherwise, that an alleged early assault was communicated to Coach Paterno. This raises considerable credibility issues as to this press report. Others cite assistant coaches that were witnesses or had knowledge – stating it as fact in headlines and text – even in the face of a denial and clear failure to corroborate from the individuals allegedly involved. Other stories are clearly incredulous, and should be difficult for any reasonable person to believe. We should not be rendering judgments about the actions of Coach Paterno or any other former employees of Penn State based on incomplete, sensationalized media accounts.

I can think of few crimes as heinous as the sexual assault of a child. We are, as individuals and as an institution, appalled by Sandusky’s actions, and unified in our commitment to prevention, treatment and education. I encourage you to visit this link for information on Penn State’s commitment.

Unfortunately, we can’t control the 24/7 news cycle, and the tendency of some individuals in social media and the blogosphere to rush to judgment. But I have had enough of the continued trial of the institution in various media. We have all had enough. And while Penn State cannot always comment on allegations that emanate from legal proceedings, I thought it was important to let you know my reaction to the media frenzy that has ensued over the past few days. I am appalled. Share via
Barron \'Appalled\' By Media Rush to Judgement on Paterno Allegations
https://staging.onwardstate.com/2016/05/08/barron-appalled-by-media-rush-to-judgement-on-paterno-allegations/
Send this to a friend