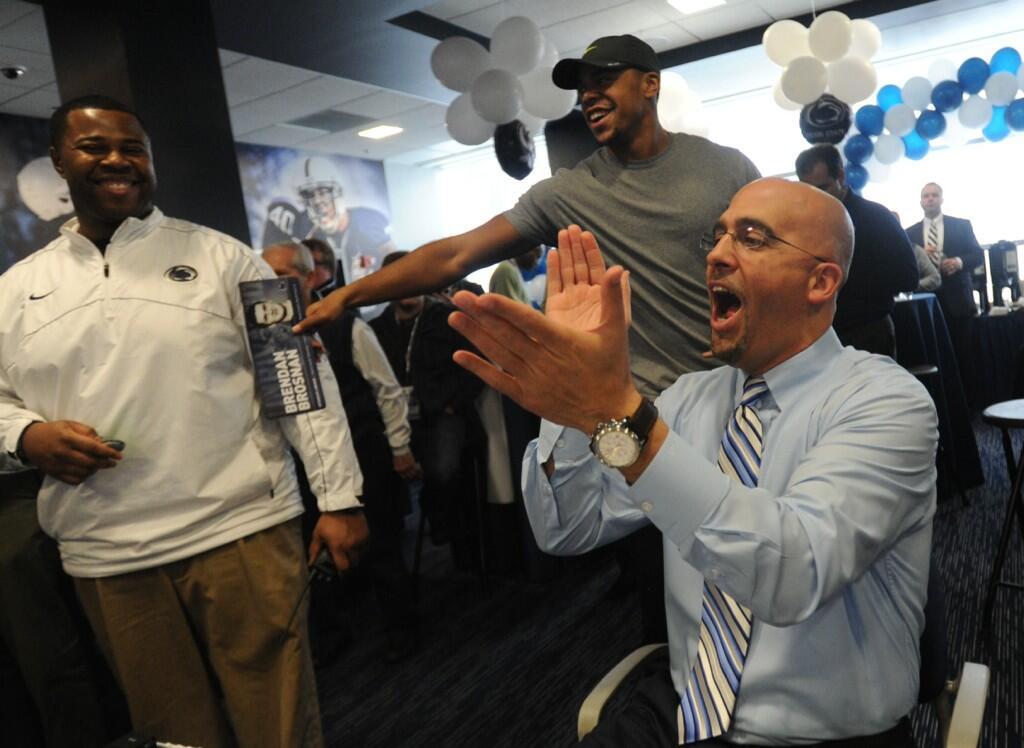 For 11 straight hours starting at 8 a.m. on Wednesday, ESPN will air its annual National Signing Day coverage and Penn State will be one of 16 schools prominently featured throughout the broadcast. Penn State joins a list of perennial powers like Alabama, Ohio State, Clemson, and Michigan receiving featured coverage throughout the day.

Coverage will flip between ESPNU and ESPN2. ESPNU will provide coverage from 8 a.m. to noon, then from 5 p.m. to 7 p.m. while ESPN2 will have coverage from noon to 5 p.m.

The time has come for the next class of Nittany Lions to declare #PennState home. #WeAre ??

Across the college football landscape, recruiting has been taken up a few notches in recent years – James Franklin’s recruiting style is no exception. Penn State recently unveiled the “Lasch War Room” from which coverage of the signing day festivities in Happy Valley will take place.

No, Franklin and company are not messing around.

A sneak peak of the Lasch War Room getting in top shape for tomorrow's family gathering ? #PSUsigningday pic.twitter.com/vGhD1gaDP9

Four-star defensive lineman Fred Hansard, a huge pickup for the 2017 recruiting class in Happy Valley, will be at ESPN headquarters in Bristol for live in-studio coverage of Penn State’s newest class.

Current Georgia commit and four-star wide receiver Mark Webb, along with four-star cornerback Tariq Castro-Fields, are possible additions to the class of 2017 that could could sign tomorrow and take Penn State’s class to the next level. Derek is a senior majoring in Economics and History. He is legally required to tell you that he's from right outside of Philly. Email Derek compliments and dad-jokes at derekbannister@onwardstate.com.

Share via
ESPN Will Feature Penn State Football In National Signing Day Special
https://staging.onwardstate.com/2017/01/31/espn-will-feature-penn-state-football-in-national-signing-day-special/
Send this to a friend