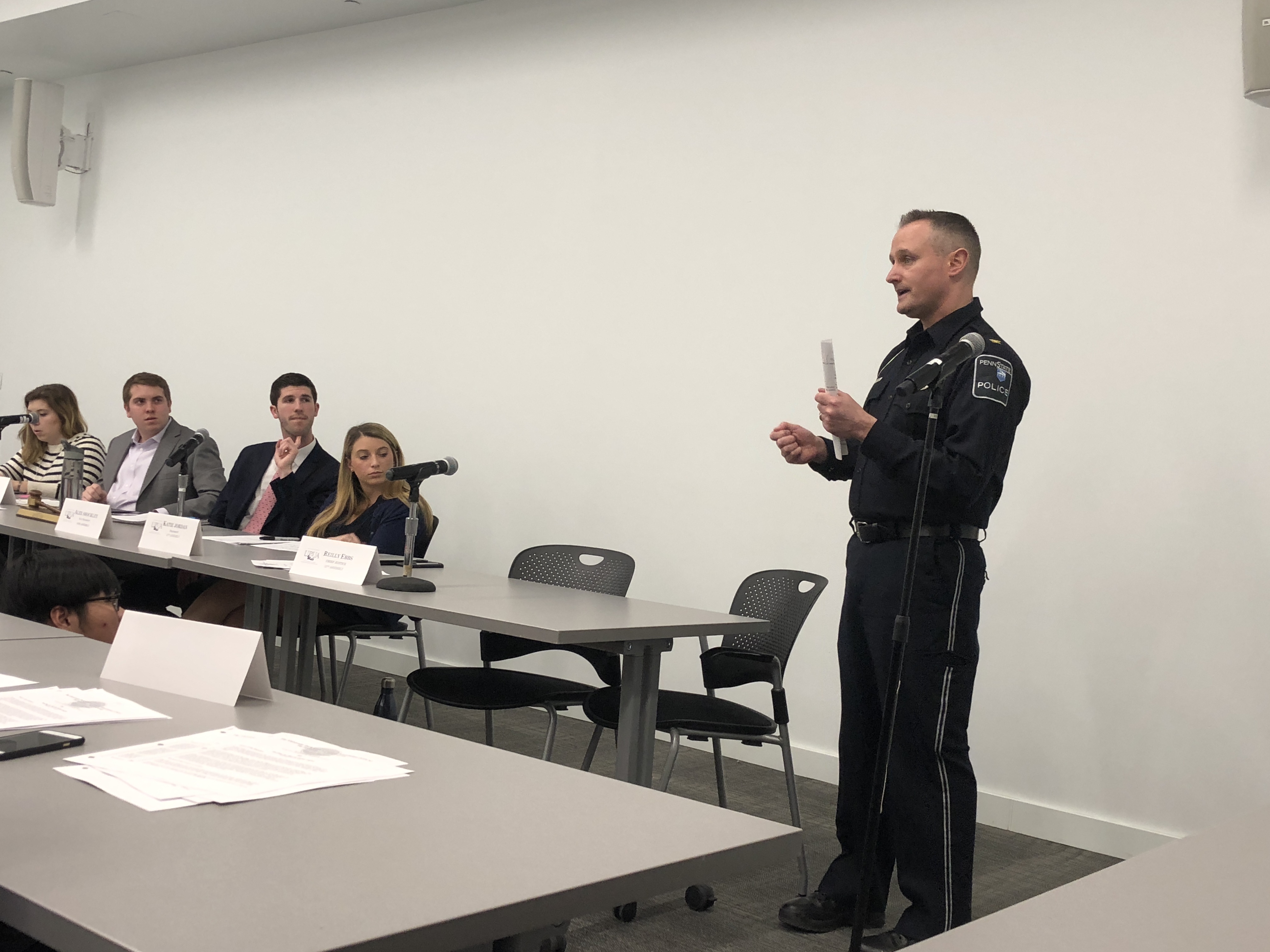 Penn State Chief of Police Keith Morris spoke to the University Park Undergraduate Association at its weekly meeting Wednesday night about the police department in general and about a “suspicious individual” police investigated earlier in the day. In a few words, he said the incident was basically much ado about nothing.

Police received a report around 3:30 p.m. that an individual dressed in all black and carrying what appeared to be some kind of pressure cooker or thermos was walking across Old Main Lawn.

“Of course when you hear something like that, it raises the hair on our arms,” Morris said, “and we respond, but we didn’t have any threat.”

Although the report said the person seemed suspicious, there was no one actually threatening violence against anyone or anything on campus.

Morris said police heard reports that the individual was near the HUB and then in the library. When officers found the individual inside the library, he was studying and eating rice — you guessed it — out of a pressure cooker or similar looking appliance.

“What happened was people who were in the area were overhearing little bits and pieces of what our officers were talking to witnesses about,” Morris said.

Because of what the public has seen with “pressure cooker bombs,” this incited panic as students spread rumors through social media and specifically GroupMe. “…that does not help us do our job,” Morris said.

Some members of the community were troubled by the fact that they heard rumors long before Penn State sent out an alert, but Morris assured UPUA representatives that the police department would act swiftly in the event of an actual threat on campus.

“If there was a threat…we would’ve taken immediate action to notify our community members through the alert system and any other way that we possibly could to get that message out there,” Morris said.

Share via
Chief Of Police Clarifies Threat Rumors Wednesday Were Unsubstantiated
https://staging.onwardstate.com/2018/02/28/chief-police-clarifies-threat-rumors-wednesday-unsubstantiated/
Send this to a friend