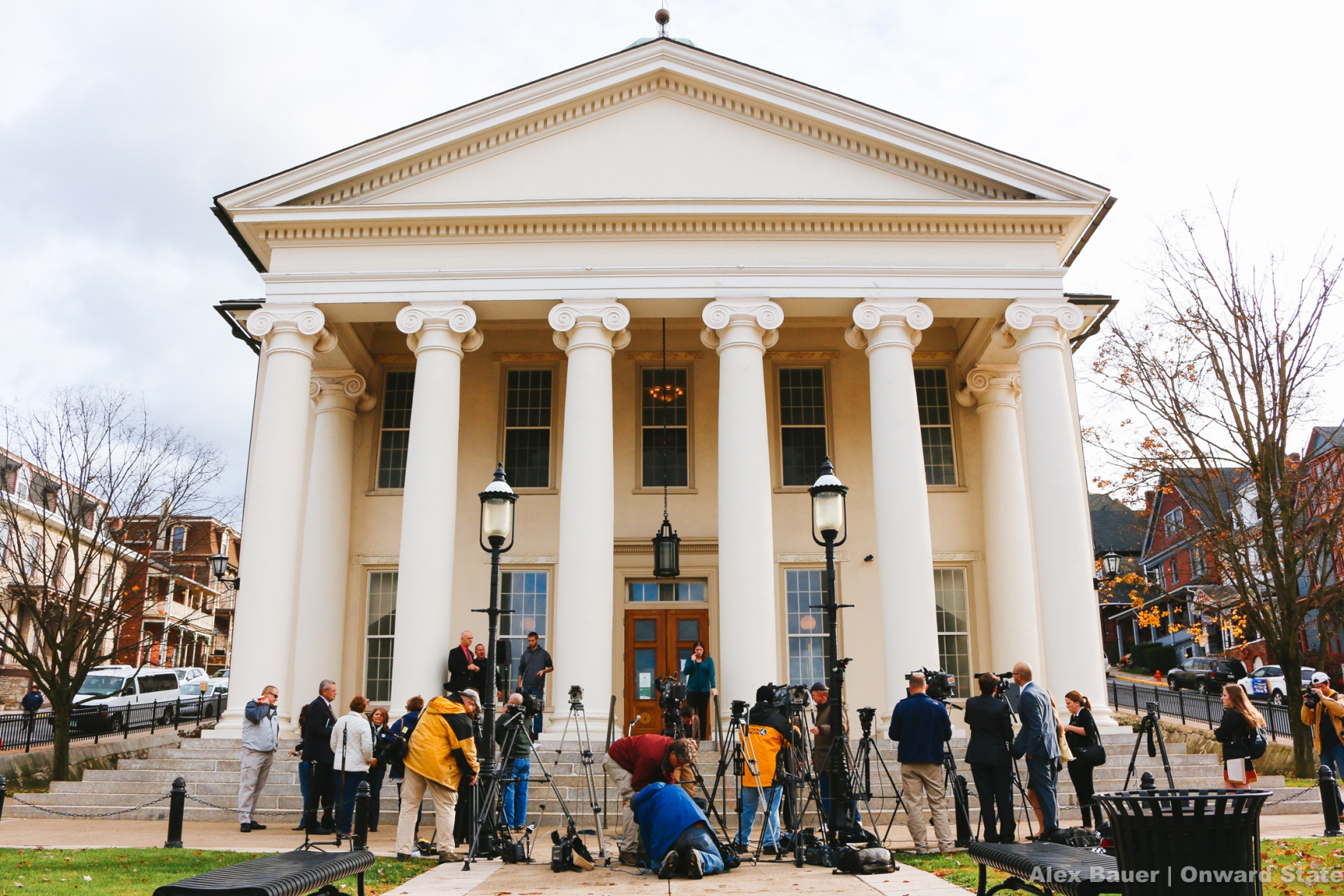 As a new preliminary hearing began Friday for 11 former Beta Theta Pi brothers facing refiled charges, the medical examiner who issued two reports on the death of Timothy Piazza testified about the extent of the injuries that led to the death of the Penn State sophomore following an alcohol-fueled pledge event at the now-banned fraternity.

None of the 11 defendants, who face a range of refiled charges including involuntary manslaughter and recklessly endangering another person, were in the Centre County Courthouse as District Judge Allen Sinclair granted waivers of appearance, over objections from Deputy Attorney General Brian Zarallo.

Dr. Harry Kamerow, who did not testify at the first prelim but whose report was discussed by State College Det. David Scicchitano, took the stand on Friday morning to testify about the conclusions he reached regarding Piazza’s death.

Piazza’s parents, Jim and Evelyn, who again sat in the front row of the courtroom gallery, cried as Kamerow recounted the injuries to their son’s head and spleen.

Tim Piazza was reportedly given 18 drinks in the period of 82 minutes on the night of Feb. 2, 2017 as part of a bid acceptance night. At 11:22 p.m. he fell headfirst down the basement steps and fell several more times throughout the night. Fraternity members did not call for help until 10:48 a.m. the following morning.

Kamerow testified that Piazza died from severe head trauma, non-recoverable brain injuries and a ruptured spleen as a result of the fall down the basement stairs due to severe inebriation. He came to that conclusion after review of police reports, video evidence, the Dauphin County coroner’s report, autopsy photos and medical records from Mount Nittany and Hershey.

Piazza’s blood alcohol level around the time of his fall would have been between .27 and .35, Kamerow determined, based on toxicology reports and the rate at which alcohol is expelled from the body.

His head injuries included a severe fracture across his skull at the base, subdural hemorrhaging and bleeding in the brain. The ruptured spleen caused massive internal bleeding and Piazza had four liters of blood in his peritoneal cavity, Kamerow said. He also had contusions and abrasions on his head, arms, chest and legs

In both cases, the volume of blood from the hemorrhaging and the time elapsed until medical intervention, both of which are related, would have determined whether he could have survived the injuries. He said that people survive subdural hemorrhaging and ruptured spleens everyday depending on the extent and if they are treated in time.

Asked by Zarallo if Piazza’s chances of survival would have been better if he had been taken to the hospital sooner, Kamerow replied, “Yes, for sure.”

Video evidence in combination with the medical record established that the fall at 11:22 p.m. caused the fatal injuries and that Piazza began showing signs of trauma after he was brought up from the basement, Kamerow testified.

At 11:17 p.m., Piazza was clearly intoxicated, but conversing with others and not showing sign of injury. When he was carried back up from the basement, he was unconscious and had a bruise on his left side consistent with a spleen injury.

“It flies in the face of reality,” Kamerow said, to suggest that Piazza’s sudden change in condition was the result of intoxication and not the fall. He also said that fraternity members picking Piazza up putting him down, jostling him and placing a filled backpack on his back to keep him from rolling over could have exacerbated the spleen injury.

On cross-examination by Frank Fina, attorney for former fraternity president Brendan Young, Kamerow said that a typical college-aged student could not diagnose a spleen injury, but that that it would have been reasonable to assume something was wrong.

Fina said that witnesses who saw Piazza immediately after the fall told police that the bruise on his side was already immediately formed and they believed it was pre-existing. Kamerow, however, said that if Piazza already had a spleen injury, he would have shown signs as he walked, leaning to guard the area from pain.

Kamerow also testified that initially it might be possible to confuse signs of head trauma, such as Piazza’s inability to converse, with inebriation, but that over time his condition would have improved as his blood alcohol content lowered.

On questioning by Steve Trialonas, attorney for Daniel Casey, Kamerow said that Piazza would have come out of the stupor stage of intoxication by about 3 or 4 a.m., and Trialonas suggested that those who interacted with him before then wouldn’t have been able to distinguish intoxication and trauma.

“Yeah, except this man has contusions and abrasions,” Kamerow said, again noting Piazza’s earlier fall and subsequent loss of consciousness.

Defense attorneys continued to question how college students could be expected to know the extent of Piazza’s injuries. Kamerow responded that they would not be expected to diagnose his injuries but because of his fall and the signs he was showing, they should have known something was wrong.

The 11 defendants who are the subject of the hearing each had some charges held over and some dismissed, including aggravated assault and involuntary manslaughter, after an initial preliminary hearing last summer, following the initial filing of criminal charges in May

Former District Attorney Stacy Parks Miller refiled those charges in October and with additional charges filed in November the case now totals 26 defendants. The Pennsylvania Attorney General’s office took over the case in January on request of new District Attorney Bernie Cantorna, who cited an unspecified conflict of interest.

Sinclair oversaw the initial preliminary hearing that stretched out over eight days last summer, and Friday’s hearing opened with arguments over what evidence the Commonwealth should be allowed to present at the new hearing.

Zarallo said he plans to present some duplicative evidence – including about two hours of compiled surveillance video — but that his office has a difference in theory and that there are specific nuances to the evidence to be addressed.

Defense attorneys, however, argued that the court has the right to adopt the record from the previous hearing. Attorney Michael Engle, representing Gary DiBileo, said the new hearing gave prosecutors the right to supplement the record, not develop a new record

“It doesn’t give them a right to start over from scratch,” Engle said.

But Zarallo said it was necessary to clarify evidence from the first hearing.

“Frankly the record is long, confusing and unclear,” said Zarallo, who added that the case would be presented in a more organized and efficient way than the first time out.

Sinclair agreed with defense counsel, but allowed Zarallo to proceed with the caveat that he would stop him if too much previous evidence were being entered.

The preliminary hearing is scheduled for six days, but Zarallo said he does not intend for it to last that long.

Testimony will continue on Friday afternoon. 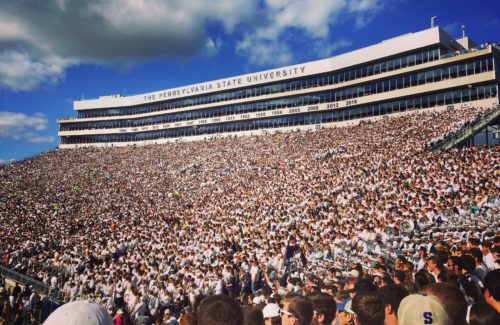 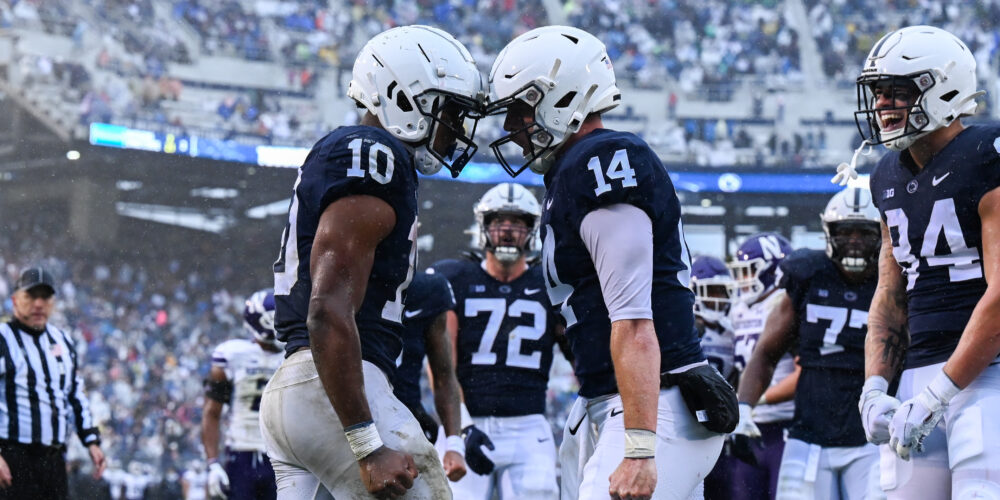 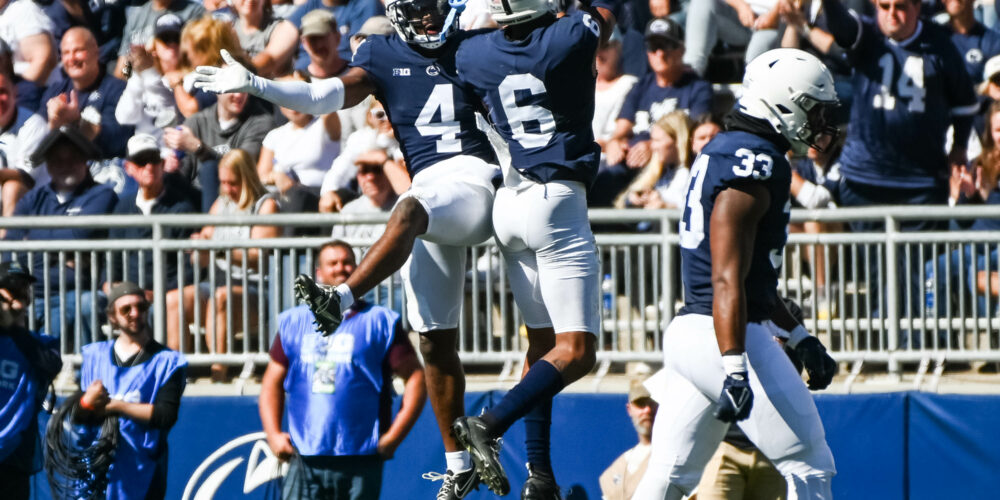