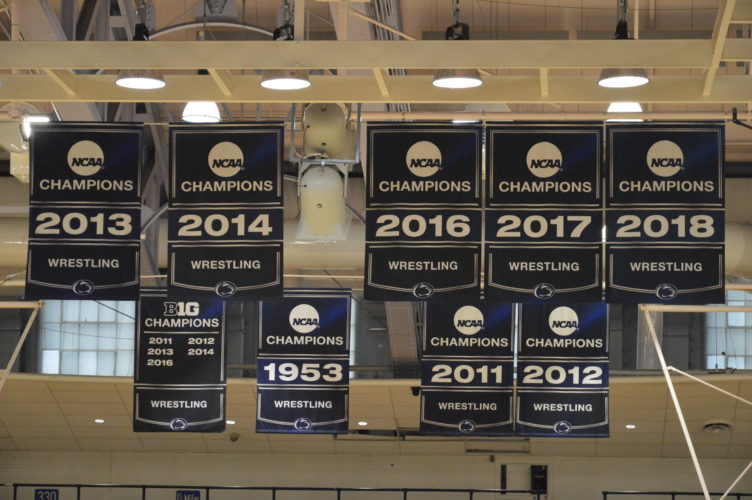 The spelling might be different, but Penn State wrestling fans can only hope for a similar career once this “Beau” arrives in Happy Valley.

After entering high school ranked as the nation’s No. 1 overall freshman, Bartlett, a three-time Prep Nationals champion, is now ranked No. 6 pound-for-pound by FloWrestling and No. 1 at 132 lbs. He’s won the National Prep Championships at three different weight classes: 120 lbs. as a freshman, 126 lbs. as a sophomore, and 132 lbs. as a junior.

In addition to his three national titles, Bartlett is best known for upsetting former Penn State wrestler Gavin Teasdale as a freshman in the finals of the POWERade Tournament and placing eighth at the senior level of the US Open earlier this year.

After his 2019 recruiting class failed to crack the top 20 in the nation, Cael Sanderson is back at work while restocking his team with an elite class of 2020 recruits. The Nittany Lions have the makings of a strong 1-2 punch at the top of the lineup in Bartlett and fellow lower-weight commit Robby Howard of New Jersey. Both are top-ten recruits, according to FloWrestling.

Bartlett is the latest Wy Sem product to commit to the Nittany Lions. He follows in the footsteps of Mason Manville and Jack Davis who also made the move to Penn State from the local prep power.

A native of Phoenix, Arizona, Bartlett will join fellow statesman Roman Bravo-Young in Happy Valley and add to the Nittany Lions’ vast regional diversity. In addition to having a firm grip on the top talent in Pennsylvania and the surrounding states, Sanderson will field a team with wrestlers from Minnesota, California, and Indiana next season.