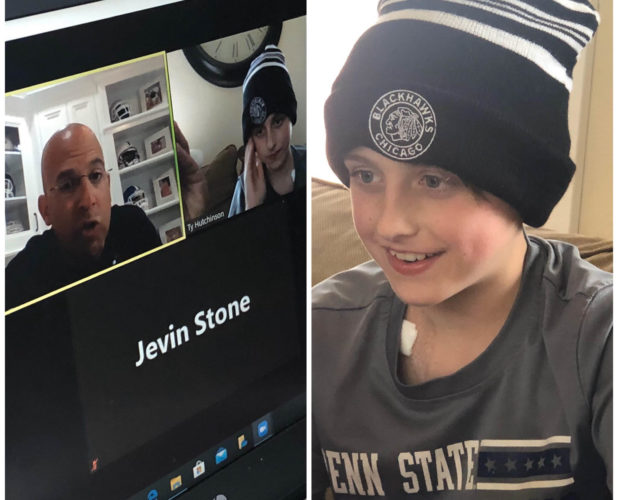 If there’s one thing Penn Staters are known for, it’s going the extra mile to help each other out in tough times.

Hutchinson had always been an athletic kid but began experiencing trouble breathing in April. Following a hospital visit and a few x-rays, his family learned he’d developed a mass in his chest and was diagnosed with T-cell leukemia shortly thereafter.

Hutchinson began chemotherapy two days later, and after having medicine directly administered to his mass, it’d largely disappeared after a week. Although his condition was improving, Hutchinson’s local community knew how hard his fight was and banded together to make his 11th birthday a special one this past Saturday.

More than 150 cars filled with his teammates, family, friends, policemen, and firemen drove past his home to wish him a happy birthday. As you can imagine, there were plenty of Penn State-themed birthday wishes, but one in particular made his day even more special.

After Hutchinson’s family connected with Franklin over Twitter, they set up a Zoom meeting to surprise him on his special day. It’s safe to say Franklin gave him the surprise of a lifetime.

Hutchison was understandably hesitant about hopping on a Zoom call in the middle of his big day. However, once he did, he couldn’t believe he was actually talking one-on-one with Franklin.

“I see him on TV a lot and now he’s talking straight to me,” Hutchinson told his mom.

He and Franklin chatted at length about the NFL Draft, Yetur Gross-Matos and KJ Hamler’s NFL futures, and how they wished they still played for the Nittany Lions. Franklin even exuded some Big Dad Energy

when he advised Hutchinson not to flirt with his similarly aged daughters if he came to visit Happy Valley sometime soon.

The Hutchinsons have been a Penn State family for generations. Ty’s parents graduated in 2003 and 2004, while his grandfather is also an alum. He’s had football tickets since the 1970s and now takes his grandkids to games, sitting in the very same seats he began with. One of Hutchinson’s favorite activities is spending a crisp fall afternoon at Beaver Stadium.

Franklin wasn’t the only Penn Stater to reach out to the Hutchinsons. Other student-athletes and coaches, including Penn State men’s hockey’s Guy Gadowswy, Nate Sucese, and Liam Folkes have chatted with him. Trace McSorley, Bo Nickal, Micah Parsons, and even a few Pitt players have also reached out to offer their support.

The Hutchinsons said the overwhelming support from their friends, family, sports teams, local community, and Penn State alumni has been incredible. Ty would like to thank Franklin, Gadowsky, and all of the Penn State community for their support. 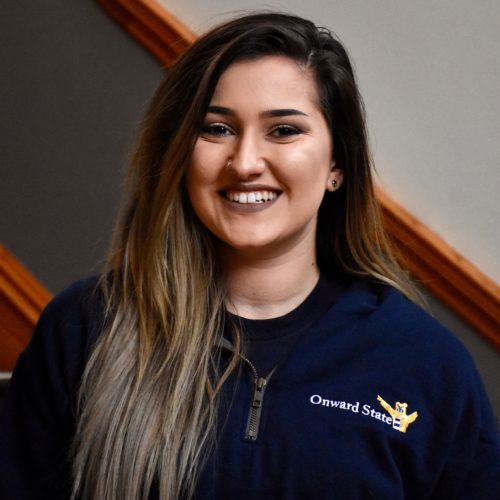 Mira is a junior studying industrial engineering from Pittsburgh, PA, making her a lifelong Penguins fan. You can probably find her in the HUB with an iced coffee, or in the best student section in all of college football. If you need a picture of your dog, want to discuss why Sheetz is better than Wawa, or why Canon is far superior to Nikon, send a DM to @miraniicole on twitter.

Share via
We Are #TyStrong: James Franklin Surprises Pediatric Cancer Patient With Birthday Zoom Call
https://staging.onwardstate.com/2020/04/29/we-are-tystrong-james-franklin-surprises-pediatric-cancer-patient-with-birthday-zoom-call/
Send this to a friend