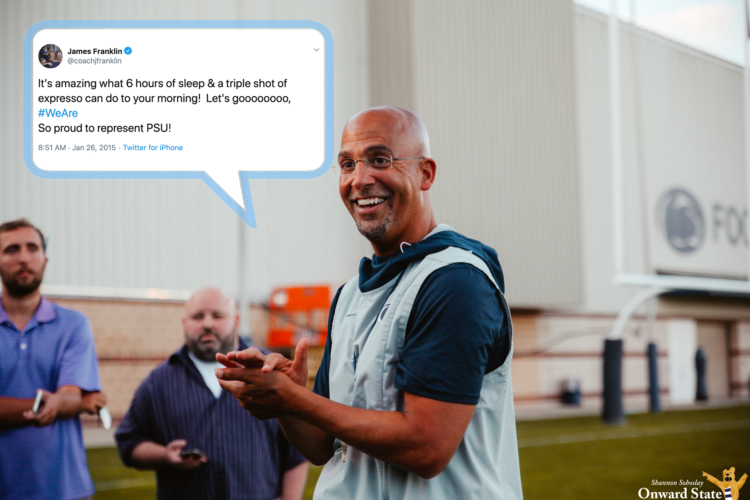 From his 1-0 mentality messages before each game of the season to his #WeAre…Better announcements whenever the Nittany Lions land a new recruit, Franklin has certainly built a focused and iconic Twitter brand.

One of Franklin’s most interesting Twitter quips is his use of the #WeAre hashtag, often utilized when quote tweeting Penn State football’s account or tagging it onto the end of tweets. However, not all of Franklin’s tweets are so ordinary.

Naturally, we combed through the Twitter archives and compiled Franklin’s weirdest and most interesting #WeAre tweets:

Well, you know what they say. You always remember your first…tweet.

Just two days after joining the Nittany Lions, Franklin launched his first #WeAre tweet into the stratosphere. It took him a while to refine the #WeAre…Better format into what it is today, but you gotta start somewhere.

Franklin’s used the #WeAre family of tweets countless times. Occasionally, though, he’ll throw the hashtag into the mix when he’s sharing baby photos on the timeline.

Like most of us, he doesn’t get tired of the “first commit for the Class of 20XX” dad joke either.

Franklin likes to share heartwarming #content of his own kids, too, to stress the importance of family both on the gridiron and at home. This video of his daughter Addy tearing up when Nick Scott got drafted is particularly interesting. #WeAre emotional, #WeAre family.

How could we forget this picture of Ricky Rahne and his family at the Happiest Place on Earth following the Rose Bowl? #WeAre Disney.

#&BeOnTime was perhaps the shortest-lived Twitter quip in Franklin’s arsenal. He gave it two tries in an attempt to promote football season ticket sales but soon realized you can’t put a symbol in a hashtag. Big props to him though for keeping both failed tweets up, though. Deleting is for cowards.

Honestly, this is kind of a genius marketing move. For the 2017 White Out, Franklin pushed fans to add white pants to their gameday outfits, and, well, it worked. The Nittany Lions went on to route the Wolverines 42-13 at Beaver Stadium that weekend. Perhaps this should become a more permanent tradition.

The rest of these tweets are definitely out of place but don’t necessarily fall into a specific category. With how often Franklin tweets #WeAre, you really need to dial in and pay attention when he switches things up.

This pose strikes an interesting similarity to a certain statue…

This awful dad joke in reference to Mac Hippenhammer’s official commitment to Penn State should not have gotten a #WeAre co-sign from Franklin.

This must be one of Franklin’s best tweets of all time. Truly elite. The birth of Air Franklin 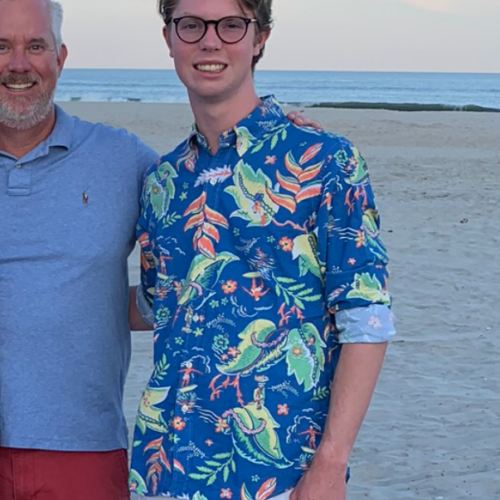 Ryan is a junior business major from Bucks County and is Onward State's social media manager. He writes about a lot of things. He's a huge Philly sports fan, back to back to back failed entrepreneur, and he appeared on the Rachel Ray Show at the age of 5. If you want to gain absolutely nothing, you can follow him on twitter @rjparsons9. Any "serious" inquiries or death threats can be sent to ryanparsons@onwardstate.com

Share via
James Franklin\'s Most Fascinating #WeAre Tweets
https://staging.onwardstate.com/2020/05/01/james-franklins-most-fascinating-weare-tweets/
Send this to a friend