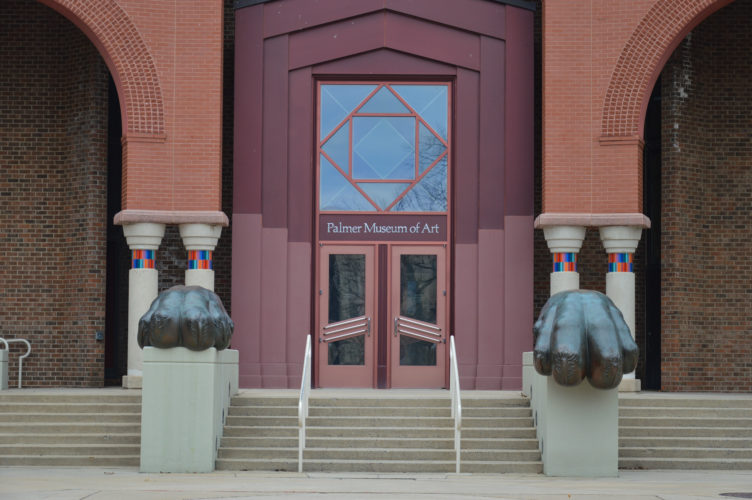 Penn State’s Palmer Museum of Art’s upcoming 2021 exhibition lineup will feature Pennsylvania landscapes, women artists, a variety of periods and places around the word, and more.

The museum reopened on Wednesday, February 10, and features a new timed-entry ticket reservation system due to the coronavirus pandemic. It is closed to the public on Mondays and Tuesdays.

During this time frame, there will also be a virtual exhibition, “Pennsylvania Scenery: Early Landscape Prints from the Tavern Collection.” The “Tavern Collection” by John C. O’Connor and Ralph M. Yeager’s were originally decorations at the Tavern in downtown State College.

“Tavern Collection” is influenced by early 19th-century literary journals and publications that commemorated American landscapes. They were gifted to the Palmer Museum roughly 35 years ago. The virtual exhibition can be viewed here.

From Wednesday, February 10 to Sunday, May 9, a display titled “The Wit and Whimsy of Lucille Corcos” will be shown. It will exhibit Lucille Corcos’s watercolor paintings that were pivotal to her career from the 1930s to the 1950s. This will be the museum’s first exhibition devoted to Corcos in 22 years.

From Sunday, March 28, to Sunday, July 11, the museum will showcase art from the Palmer Museum’s permanent collection and the Philadelphia Museum of Art’s collection. The art on display will be Warren Rohrer and Alma Thomas’s works about the natural world, as well as works by Norman Lewis, Leonard Nelson, Mark Tobey, Henry Pearson, and Alan Gussow.

From May Sunday, 23 to Sunday, August 22, visitors can visit the exhibition, “Summer Light: American Impressionist Paintings from the Thomas Clark Collection.” As an effort to welcome summer, the museum is showing 25 works that explore “the durability and dissemination of Impressionism in the United States between about 1910 and 1940.”

The featured artists include Maurice Braun, Hayley Lever, George Loftus Noyes, Carl Peters, Jane Peterson, Mabel May Woodward, and many others. This collection is on a loan from Thomas Clark, who intends to give the art to the Palmer Museum.

From Wednesday, August 4, to Sunday, December 12, the museum will feature an exhibit titled, “Global Asias: Contemporary Asian and Asian American Art from the Collections of Jordan D. Schnitzer and His Family Foundation.”

It will present Jordan D. Schnitzer’s work that highlights contemporary Asian and Asian American artists that diversify Asia in a modern and global way.

From Wednesday, August 11, to Sunday, December 5, “Ukiyo-e: Images of the Floating World, Japanese Woodblock Prints from the Permanent Collection” will be on display. The focal point of his exhibition is the art of ukiyo-e, which means “pictures of the floating world.”

This display involves contemporary pleasure, fashion, and attitudes and will feature 16 Japanese woodblock prints that were given to the Palmer Museum by William E. Harkins, a 1942 Penn State alumni.

The final exhibition will take place from Tuesday, September 7 to Sunday, December 12. It is titled, “Place to Place: Recent Gifts of American Drawings and Watercolors, 1900-1950.” 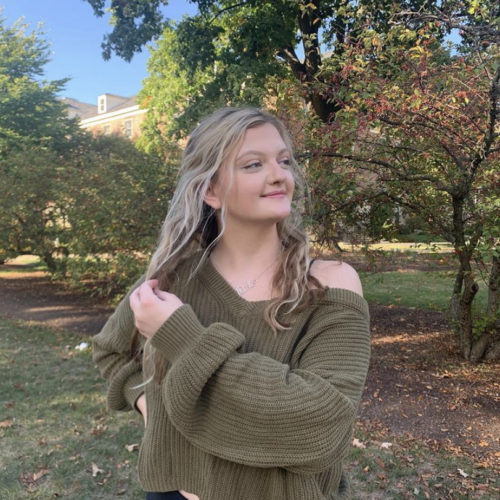 Nicole is a freshmen majoring in journalism who is from Aston, PA. She loves hiking, watching movies, and trying new things. She has an obsession with meditating and her dog, Simba (aka. the love of her life). Just a fair warning: She might ramble on about the Universe if given the chance. Follow her on Twitter and Instagram @nicoleoronzio or email her at nmo5159@psu.edu

Share via
Palmer Museum Of Art Introduces 2021 Exhibition Lineup
https://staging.onwardstate.com/2021/02/15/palmer-museum-of-art-introduces-2021-exhibition-lineup/
Send this to a friend