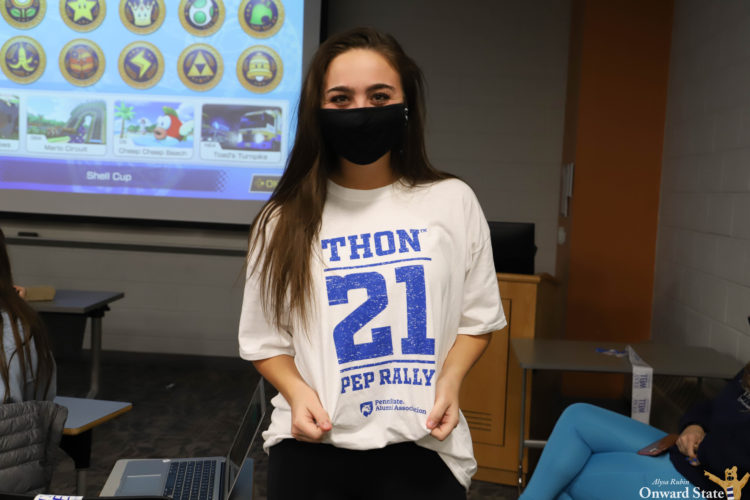 Saturday was the second day of THON 2021’s virtual live stream. Things started off quietly with a few stretches, but the energy picked up with some awesome musical performances.

THON’s third and final day is on, but in case you missed Saturday, here are a few of the most memorable moments.

“Our theme, to me, reflects not only our organization itself but the world as a whole during times of hardships,” one executive committee member said on the livestream. “It represents taking experiences from the past and moving forward toward a brighter future.

Welcome To The Show

The first-ever THON Dancer Pageant took place during Saturday. The show consisted of nine contestants who performed a talent and entered a Q&A contest. Tommy Kiefer swept everyone away and was the winner of the show. After that the Kids and Teen Talent Show brought special judges to the stand, including Sean Clifford and Grant Ament.

THON committee members took part in the first ever socially distanced cart race. The race was filled with anticipation, and at the last second, blue car won.

Olivia Notto won THON Idol and joined SouthPaw as lead signer to perform “The Only Exception” by Paramore.

The Nittany Lions and Blue Sapphire Gillian Brooks took over the stage at the Bryce Jordan Center for a spectacular performance. Penn State swim teams, gymnastics squads, and more sent some messages of support during the pep rally.

The final surprise of the pep rally was Sue Paterno’s appearance. Sue Pa entered the stage with her Hershey mask and showed plenty of support.

Day two was filled with performances and shows that boosted the crowd’s energy. From Louis the Child to My Zero Hero, the musical talent did not disappoint.

“My Hero Zero” performed at the Bryce Jordan Center with the first song covered “Watermelon Sugar” by Harry Styles. The alterative pop-punk band also covered fan favorites and ended day two with everyone singing their hearts out.