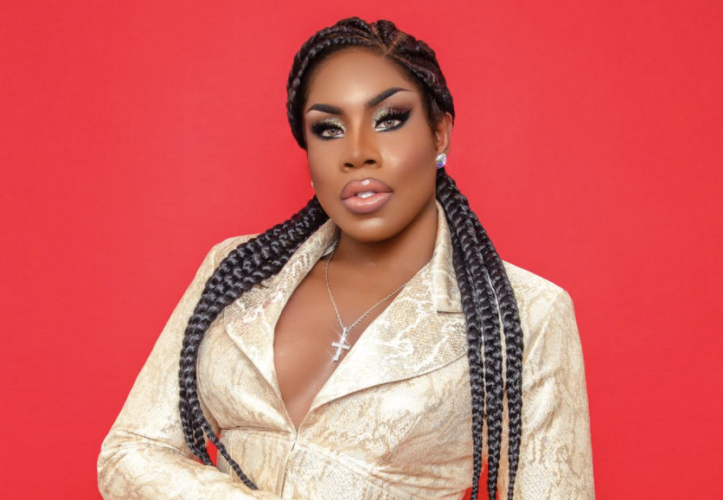 Courtesy of SPA
By Aubrey Miller

The event began with a Q&A session hosted by Opulence Drag Ambassadors President Amara and Co-President Paris. Monet X Change was asked about her upcoming plans, her time on “RuPaul’s Drag Race”, and her podcast.

Monet X Change plans on dropping an album this summer and switching from drag mixes to her own original music for future shows. However, she’s keeping her other plans a secret but hinted that there are big projects in the works.

Fans of the podcast asked Monet X Change what her favorite or most impactful episode is. Monet’s response was the episode on wokeness.

“Wokeness is something that has been so co-opt and a buzzword that people have used to seem so aware,” Monet X Change said. “In my opinion, they don’t really care, and we saw that with the Black Lives Matter movement when companies would put black squares on their Instagram but really did not care to support Black lives.

“The conversation we have on Sibling Rivalry can be pretty heavy,” Monte X Change continued. “It is a space [Bob and I] created for people to have discourse without the rudeness and shame and nastiness.”

Monet X Change and Opulence discussed the current season of “RuPaul’s Drag Race” and their favorites, ranking in Symone as the top contender. Monte was asked about her time on “Celebrity Drag Race,” and described it as “so fun!”

Monet X Change’s favorite moment of drag was when she was able to be on “All Stars” with Naomi Smalls. She didn’t know her before, but now they are great friends. Monet X Change won “All Stars 4” and became an even bigger icon after the airing.

Each drag queen entered the virtual stage while the chat went crazy with excitement. While it is unclear who the favorite was, each queen gave an incredible performance.

The queen herself, Monet X Change x Change, closed the night with a beautiful and lively performance, which included a reenactment of Viola Davis’ Emmy acceptance speech.