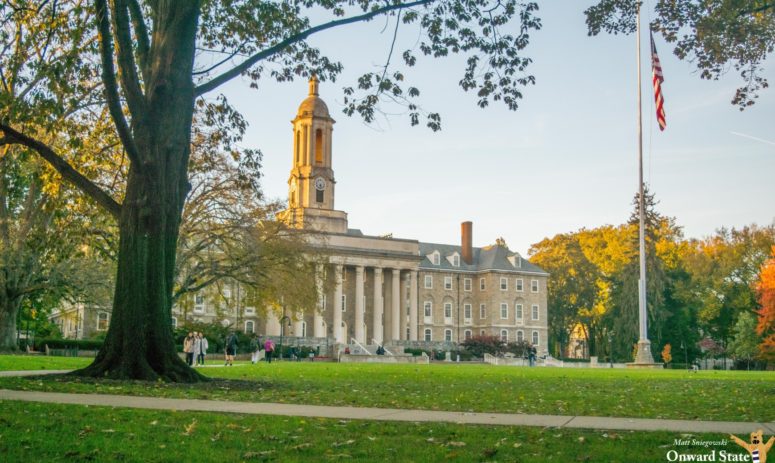 Penn State Climate Action will host a demonstration from 2 to 4 p.m. on Friday, February 26, at Old Main to demand climate action on the university’s part and wrap up Climate Action Awareness Week.

The student-led coalition often advocates for meaningful change by calling on Penn State to utilize its resources to become a more sustainable campus and set an example for other universities.

So far, the organization’s Climate Action Awareness Week has included programming like pro-sustainability cartoon art and small gatherings at the Allen Street Gates.

Divya Jain, co-executive director of the coalition, explained what the organization planned for Friday’s event.

“Supporters of the group will be sitting at distanced tables displaying their own calls for action,” Jain said. “We will be at Old Main as a symbol of support for climate action, and we welcome anyone willing to sit, stand, or talk with us.”

“We would like this demonstration to send a message to all decision makers at Penn State, particularly the Board of Trustees, that the time for action was yesterday,” Jain said.

“It’s time to actively work with the students, staff, and faculty who have been advocating and crafting solutions to create a more sustainable Penn State,” Grassroots Field Leader Hudson Wagner said.

The organization acknowledges that not everyone will agree with their message, but asking students to sign the petition is the least they can ask for. The petition calls on the university to take significant action in combating climate change on campus and around the world. The organization even provides a Climate Action Strategy, which outlines what Penn State needs to prioritize.

The demonstration also hopes to spark conversations between friends and family to spread awareness about the climate crisis.

Students and community members are encouraged to join Penn State Climate Action at Old Main Lawn Friday. Masks are required to attend the event. Interested participants can hang out, stop by, or sign the petition for a better, more sustainable Penn State.

Share via
Penn State Climate Action To Hold Demonstration February 26
https://staging.onwardstate.com/2021/02/26/penn-state-climate-action-to-hold-demonstration-february-26/
Send this to a friend