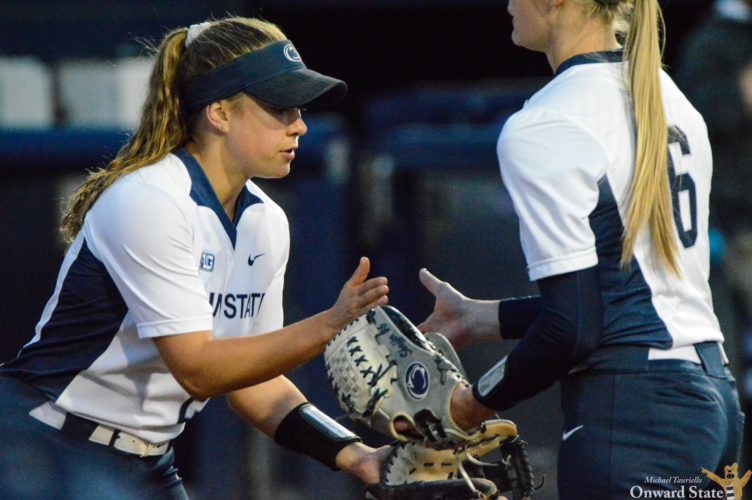 Penn State’s pitching and defense struggled, while the offense was not producing at a high enough level to win games in the Big Ten. It is the first weekend of the season, however, and first-year head coach Clarisa Crowell has some time to make some key adjustments.

Game One Vs. Wisconsin

It was a rusty start to the season for the Nittany Lions, beginning with a tough loss to Wisconsin 4-0.

They were only able to get one hit the entire game, which came from a Kennedy Legg triple down the left side of the outfield in the seventh inning. It was good to see Legg hit, however, as she is the main source of power in the lineup.

Bailey Parshall got the Opening Day start, and she showed just how great she can be. She pitched six innings, striking out 11 batters. However, she also gave up 8 hits and four runs. Sophomore Vanessa Oatley would come in relief of Parshall in the seventh inning, not giving up a single hit. But the lack of offense is what did the team in.

The second game of the Friday doubleheader was a much better offensive performance for Penn State, however it still wasn’t enough to get the win, and the Badgers won 4-2.

Junior pitcher Kylee Lingenfelter got the start, but she only went three innings deep. She gave up four runs (only one of which was earned) and walked five batters. Oatley would come in as relief again, going three innings as well, giving up one hit and striking out two.

Catcher Ally Kurland had a two-hit game and knocked in a run. Freshman outfielder Melody Coombs also had an RBI, driving in fellow freshman Lauren Marcotte.

Unfortunately, a bad error committed by center fielder Lilia Crouthamel allowed three runs to score and put the game away for Wisconsin. The problem with last season was errors, so first year coach Clarisa Crowell has a lot to work on as the season progresses.

Game One Vs. Purdue

The offense was stagnant for most of the game, right up until the sixth inning. Legg had an RBI single, while Crouthamel and K.T. Rex both drove in two runs each on singles. The five-run spurt tied the game going into the seventh inning.

Three errors cost the game for the Nittany Lions, including one in the seventh inning that scored the winning run for the Boilermakers. Parshall would take the loss, pitching 5.1 innings and striking out seven.

The second game of the Saturday doubleheader didn’t help the Nittany Lions,either. They would end up losing 3-0.

Lingenfelter took to the circle for game two, pitching four innings and giving up two runs, none of which were earned. Logan Black made her season debut, pitching three innings and striking out one.

The offense continued to struggle, as they only got five hits that were all singles. Crouthamel and Rex kept up their hot hitting, while Dani Fey, Kaitlyn Morrison, and freshman Liana Jones each got their first hit of the season.

Game One Vs. Northwestern

Another game, another loss for the Nittany Lions. They began their Sunday with a loss to Northwestern 8-3.

Black got her first start of the season, giving up 7 runs and striking out 2. Oatley came on in relief and pitched the rest of the game, striking out 5.

Michelle Leone had a nice day at the plate, as she had an RBI from a pinch hit double. Crouthamel continued a nice start to the season with a sac-fly, and Fey also added an RBI to her early season total.

The second Sunday game resulted in another loss, with very poor offensive play being the main story of the day. Penn State would lose to Northwestern 5-1.

The only run came off of a Kurland sac-fly, while the Nittany Lions were only able to get one hit during the entire game.

Parshall pitched six innings, giving up all five runs in the process. The defense behind her didn’t do her any favors, however, as two errors were committed.

The Nittany Lions have the next weekend off before returning to Florida for a couple three-game series against Iowa and Illinois. Both series can be streamed on BTN+.

Share via
Penn State Softball Can\'t Get A Win In Opening Weekend Series
https://staging.onwardstate.com/2021/02/28/penn-state-softball-cant-get-a-win-in-opening-weekend-series/
Send this to a friend