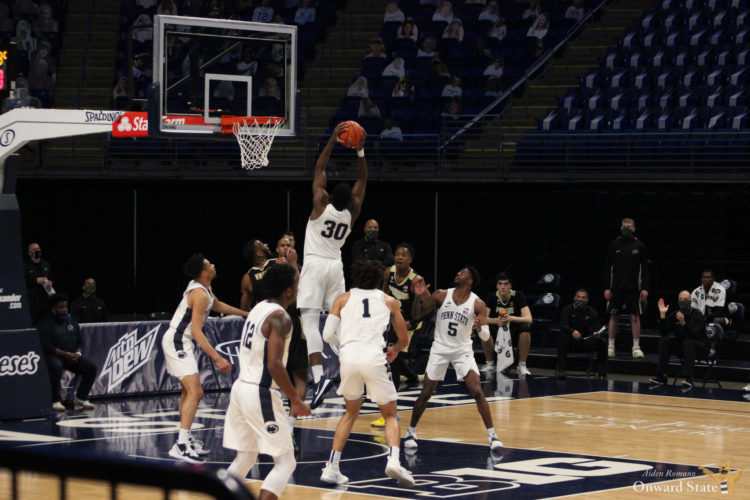 Does Penn State men’s basketball still have a chance to make it into the NCAA Tournament? The odds are not in the team’s favor, but it’s not mathematically impossible…yet.

There’s news that there will be backup teams in case a tournament team is forced to drop out due to the coronavirus pandemic may give the Nittany Lions a very small glimmer of hope. There are still a few scenarios that could work in their favor, including…

This is the most obvious way for Penn State to get to the Big Dance. The only problem is the Big Ten is the toughest conference in the country, and there may be multiple one seeds at the top of the conference.

The Nittany Lions would need a miracle to win the conference title. They have never won the Big Ten Conference Title before, and they would certainly have a big task ahead of them. This is a team that played Michigan very close, and even beat Maryland, but they also lost to Nebraska. With so much variability, it’s hard to predict whether or not Penn State would even win its first game of the conference tournament.

A Mass Exodus Of Tournament Teams

Now comes the negative part of this scenario. If a lot of teams that were selected into the NCAA Tournament cannot participate due to COVID-19 concerns, they would have to drop out and replacement teams would fill in those spots. If more than half of the field drops out, the Nittany Lions could sneak in.

Penn State still ranks No. 2 in the country in terms of strength of schedule according to KenPom and has a fantastic road win against ranked Virginia Tech on its resume. It also has solid home wins against Rutgers and Maryland, which definitely helps. So if a lot of teams drop out, Penn State might be a viable replacement.

Let’s face it, folks. The Nittany Lions need a miracle the play meaningful basketball in March. And, as it currently stands, they are in a very tough position to get to the end. It tough be fitting, though, if the postseason was just as weird as the regular season.

I understand there was a college basketball season in 2020-21, but what about those teams that got screwed because of the pandemic? They need justice, and that’s why the NCAA should rank tournament teams based on last season’s performance.

In this scenario, Penn State could be a five or a six seed. The team would have a chance to go on a Cinderella run! It would have to be a crazy scenario like that if Penn State finds itself trying to get into the tournament.

The Nittany Lions’ road to Indianapolis is a difficult path to travel but not impossible. A lot of things would have to fall their way, but if this season has taught us anything, it is to expect the unexpected.

Share via
An Updated Look At Penn State Hoops\' Tournament Chances
https://staging.onwardstate.com/2021/03/03/an-updated-look-at-penn-state-hoops-tournament-chances/
Send this to a friend