Hill was officially hired as Trinity’s head coach this past February after a season as an assistant coach at Cumberland Valley High School. Before that, however, the Nittany Lion had spent a few years away from football.

After playing defensive tackle at Penn State from 2009 to 2012, Hill was drafted in the third round of the NFL Draft by the Seattle Seahawks. The Steelton, Pennsylvania native won a Super Bowl in Seattle his rookie season and spent a few more campaigns there before being released in 2016.

Hill then spent time with the Washington Redskins, Jacksonville Jaguars, and Detroit Lions, but a flurry of injuries left him sidelined for extended periods of time. In fact, the Nittany Lion returned to his alma mater, Steel-High, to help coach while he was on injured reserve in Detroit.

Those injuries led to Hill officially retiring from the NFL in 2019. From there, the defensive tackle was frustrated with the game of football over the next few years.

“I was kind of down on football after all the injuries towards the end of my career,” Hill said. “I tore my calf three times and tore my bicep all in a two-and-a-half-year span, so I was just done with it.”

After stepping away from football, Hill has spent time as a financial representative, sits on the board of the Penn State Alumni Association, and even runs the Jordan Hill Foundation, which helps raise awareness around diabetes prevention.

Even with all of that going on, Hill re-entered the world of football at Cumberland Valley. Joe Gazza, a State College native and friend of Hill’s, was hired as the quarterbacks coach at the program and eventually convinced the Nittany Lion to join the staff.

While he was reluctant at first, Hill is pleased that he made the decision to step into the coaching world.

“It was an awesome experience,” Hill said. “That’s part of what made this decision really hard. I had only gotten to know that coaching staff and players in a year and under the COVID rules. I wish we had been together longer, but the opportunity with Trinity kind of presented itself.”

Hill explained that while it was a tough decision to leave Cumberland Valley, he quickly saw early in interviewing and meetings that Trinity aligned with his core values, such as a love for competition and enthusiasm for the game of football.

There’s no doubt that plenty of those values were developed right here in Happy Valley. Hill served as a key leader for the Nittany Lions over the course of his college career, especially during his senior season in 2012 in the wake of the Jerry Sandusky scandal.

Hill stayed loyal to Penn State during those tumultuous times and totaled 123 tackles and eight sacks over the course of his junior and senior seasons. Hill credits plenty of that success to legendary defensive line coach Larry Johnson, who he played for during the entirety of his time in Happy Valley.

Of all the legendary coaches Hill has played for, including Joe Paterno and Pete Carroll, he’ll take plenty of lessons from Johnson and that 2012 staff as he now becomes a head coach.

“From Coach Johnson, I’m gonna take a lot. A lot of my characteristics as a football player stemmed from him, my mentality stems from him,” Hill said. “The biggest thing I want to take away from that coaching staff is the professionalism. I want to instill in the kids that everything in life isn’t easy, the greater good that we want to get to is gonna take some time and sacrifice.”

Along with that structured approach, Hill certainly wants to mix in some fun for the group.

“I want to instill in them a culture that is gonna be about being smart football players, tough football players, and enthusiastic football players,” Hill said. “I want to go out there and have fun, that’s the number one thing for me. The essential theme of the program will be centered around competition. Each day, we’re trying to win the day.”

Along with the lessons he’ll take, Hill explained that plenty of his former coaches and teammates have reached out and congratulated him. He said the coolest call he got was from his former head coach Bill O’Brien, who has just been hired in a new role himself as Alabama’s offensive coordinator.

For Hill, his own experiences will help as he embarks on this new journey. As a standout and all-state player at Steel-High just outside of Harrisburg, Trinity was considered a rival for Hill. As he looks back on those days of domination and consistent winning for his new program, Hill is poised to bring that culture back to Camp Hill.

“I’m getting to start from the ground up,” Hill said. “Last year, [Trinity] didn’t win a game and was 0-7. Growing up, this team was my rival and I knew how good they were. What I know of Trinity and what we want to get to, that’s the base level.”

Hill has already met with several assistant coaches and just convened with his new players earlier this week. As this endeavor begins for the Nittany Lion, he’s poised to utilize his own experiences and success in football with his new group. 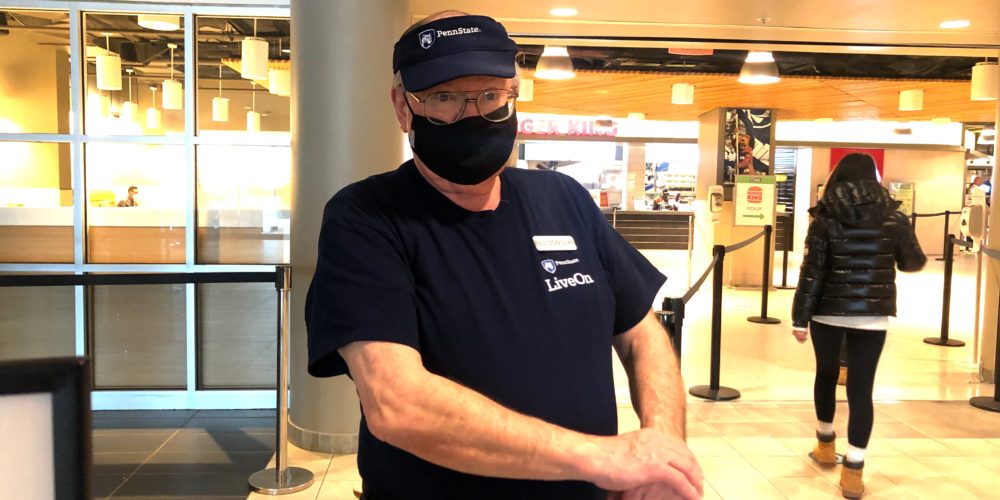 Share via
Jordan Hill Ecstatic To \'Start From Ground Up\' As Trinity Football Head Coach
https://staging.onwardstate.com/2021/03/03/jordan-hill-ecstatic-to-start-from-ground-up-as-trinity-football-head-coach/
Send this to a friend