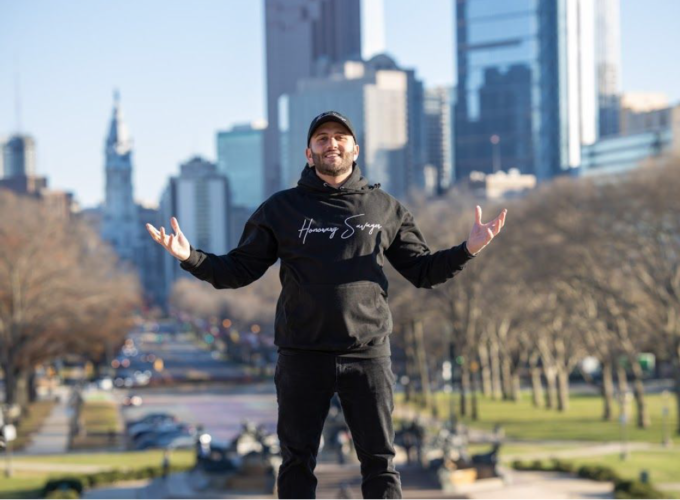 Streetwear fashion has grown tremendously in recent years. One brand founded by Penn Staters is stepping up the competition by selling fashionable pieces and making a difference in the community.

Penn State graduates Cye Murphy and Greg Davis are the owners of “Honorary Savages Co.,” which aims to inspire others to come together and strive for success while giving back to communities.

Murphy has a degree in informational sciences and technology, while Davis holds a degree in supply chain and information systems. The two met their freshman year in Beaver Hall and bonded over their love for fashion, trends, and new ideas.

However, it wasn’t until their junior year that the idea to start a business actually came up. After graduation, the pair began seriously discussing plans, and the rest is history.

In early January, Murphy and Davis launched their business, “Honorary Savages.” The name encompasses their streetwear vision and their mission to inspire others to chase their dreams and have people from different backgrounds come together to create success. Murphy and Davis believe they’re an example of just that.

“We wanted to juxtapose the word ‘savages’ with a word that has a positive connotation,” Davis and Murphy said. “Honorary Savages Co. brings about the idea of honoring those who are savages. To us, savages are those that are eager for success and push their boundaries.”

Honorary Savages focuses on creating high-quality streetwear for anyone. For a piece to be a part of the collection, the pair said they must be completely satisfied with the design and quality.

“Combining our diverse mindsets, high quality materials, and creative designs, we plan to differentiate ourselves in the streetwear industry,” they said.

Currently, the Honorary Savages winter line is out. It’s a collection of t-shirts, hoodies, men and women’s crews and joggers, and headwear. The brand is working on its spring and summer collection, which is set to release in the coming weeks. The duo hinted that the collection focuses on a clean and simple look that can be styled with anything.

The duo said the business was not only a way to pursue their dreams, but also a way to support organizations and communities.

“We used our newly-created business to give back during Black History Month,” Davis explained. “Another friend from [Penn State], Akam Lawson, had started up a non-profit called Benevolent Helping Hands, another Black-owned organization.”

The charity focuses on supporting economic development in Africa. In February, Honorary Savages donated 10% of its profits to the organization. The money was used to provide relief to underprivileged communities and families in Nigeria.

Honorary Savages Co. is planning for the future and couldn’t be more driven to grow. Davis and Murphy want to develop their brand from a start-up out of Pittsburgh and Philadelphia to a global streetwear brand.

They have plans to bring their collections to storefronts. But until then, you can find their products for sale on their website and Instagram page.

Share via
Penn State Alumni Bring New Meaning To Streetwear Through \'Honorary Savages Co.\'
https://staging.onwardstate.com/2021/03/04/penn-state-alumni-bring-new-meaning-to-streetwear-through-honorary-savages-co/
Send this to a friend