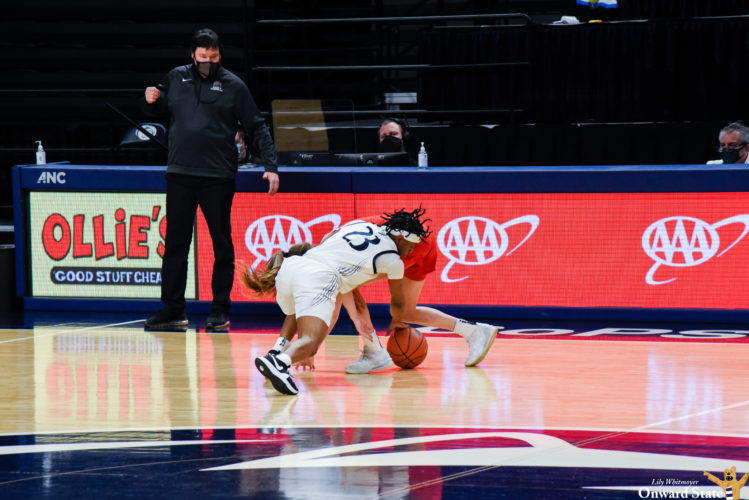 After generating a turnover on the opening defensive possession, the Lady Lions started hot with a smooth Anna Camden three-point jumper from the left wing. The upset-minded bunch then surrendered a quick 4-0 run, but quickly returned the favor on offense with yet another conversion from deep to take an early 6-4 lead.

Despite starting slow, the potent Maryland offensive attack began to fire on all cylinders. In the opening five minutes of play, guard Mimi Collins scored 8 points on 4-for-5 shooting to catapult the home squad to a 16-11 lead.

Although the Lady Lions trailed early, the youthful group continued to convert from beyond the arc, as three of their first four made baskets came from rangy conversions, including two from Makenna Marisa. In back-and-forth fashion, the Terrapins fired right back with a three-pointer of their own to take an eight-point advantage with under two minutes remaining in the opening quarter.

Following an additional 8-0 run by Maryland behind flawless midrange shooting to end the first quarter, the Terps extended the lead to a 27-15 margin. The strong start crumbled for the overmatched Lady Lions by committing eight turnovers in the first 10 minutes of action.

Shay Hagans began the second quarter’s scoring affair for the Lady Lions, as the twitchy guard darted into the paint for a crafty underhand lay-in to cut the deficit to 10 points. In response to the score, Maryland embarked on yet another run spanning over multiple possessions, bringing the lead to a game-high 14 points.

As the Lady Lion offense began to stall, Carolyn Kieger turned to freshman Nan Garcia for instant production. In her first two attempts, Garcia confidently nailed two three-pointer jumpers, bringing the visitor’s deficit back to three-possessions at 34-25 towards the quarter’s midway point.

After trading baskets on multiple possessions, Tova Sabel continued the common theme by burying yet another three-pointer for the Lady Lions. The score cut the Maryland lead to the lowest of the quarter at eight-points, but the visiting underdogs then went ice-cold to end the period.

A late 6-2 run surge propelled by Chloe Bibby pushed Maryland to a 44-32 lead entering the locker room. Despite trailing by double-digits, the Lady Lions tied the Terrapins 17-17 in the second quarter’s action.

Immediately out of the gate to begin the second half, Shay Hagans split the Maryland defense for an easy layup to cut the score to a 10-point margin. Although the made basket provided the Lady Lions with a brief glimmer of hope, Maryland guard Diamond Miller orchestrated an unblemished 10-0 run for the Terrapins and helped double the lead to a 20-point clip at 54-34.

The offensive explosion continued for Maryland, as Bibby fired and hit yet another three-pointer for the home team. The shot resulted in a quick-strike 7-0 run, and an instant Penn State timeout trailing 63-36 with just over four minutes remaining in the third quarter.

With just over three minutes remaining in the Lady Lions’ most lackluster quarter of the season, Sabel ended the extensive scoring drought with a much-needed conversion from deep to quickly halt the climbing disadvantage. Moments later, the freshman hit another corner three-pointer to generate a 6-0 run of her own. Despite her individual output, Penn State entered the final quarter trailing 67-42.

At the fourth quarter’s commence, the Maryland lead continued to climb thanks to an effortless 8-2 run, bringing the advantage to a ghastly 33 points. Despite facing its largest deficit of the year, Penn State continued to show signs of fight from senior leader Niya Beverley, who finished the quarter with nine points.

As the clock continued to wind, both teams slowed the pace and traded scores to conclude the lopsided clash. The Lady Lions fought hard until the horn sounded, but ultimately fell 88-61.

Penn State will travel to Indianapolis for the Big Ten Tournament beginning on Tuesday, March 10. With a first-round bye secured, the Lady Lions are set to play on Wednesday at Bankers Life Fieldhouse. The time of the matchup is to be determined. 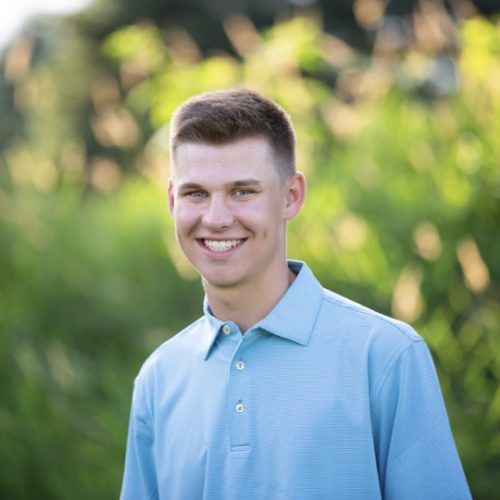 Connor Krause is a freshman from Pittsburgh, Pennsylvania majoring in journalism. He is a lifelong Penn State football and basketball fan and enjoys rooting for Pittsburgh sports teams. In his free time, Connor can be found playing golf or pick-up basketball. You can follow his Twitter and Instagram @ckrause_31.

Share via
Lady Lions Overpowered Against No. 8 Maryland, Fall 88-61
https://staging.onwardstate.com/2021/03/06/lady-lions-overpowered-against-no-9-maryland-fall-88-61/
Send this to a friend