Women’s Volleyball To Take On Siena In NCAA Tournament 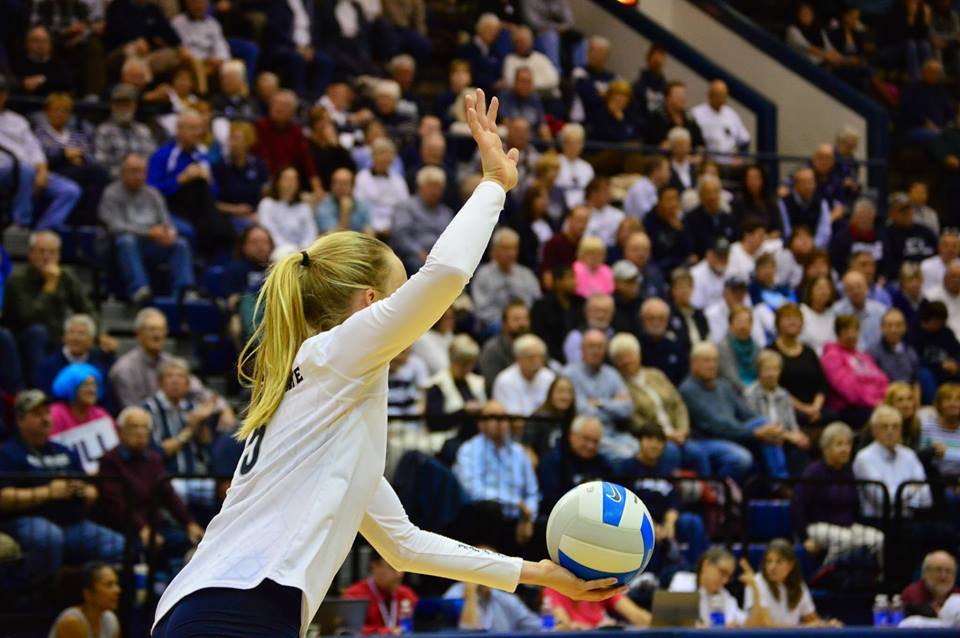 The NCAA women’s volleyball tournament field was announced on Sunday night, and Penn State earned the No. 5 national seed. The team will begin its defense of last year’s National Championship on Friday, when it faces off against Siena in the first round.

The announcement marks the 34th time the Nittany Lions have been chosen to participate in the NCAA tournament. Penn State is one of just two programs (Stanford) to make every NCAA tournament since it began in 1981.

The Nittany Lions will host the Saints at 7:30 p.m. on Friday, right after American and Dayton play at 5 p.m. The winners will play on Saturday at 7:30 p.m. in Rec Hall.

Penn State finished with a 30-3 record (18-2 B1G) this season, good for second in the Big Ten behind No. 4 Wisconsin. The Nittany Lions have won its last 41 consecutive sets, and enter the tournament on a 14-match winning streak.

As usual, The Big Ten will be well represented in the tournament. Six teams were selected from the conference, led by Penn State, No. 4 Wisconsin, No. 9 Illinois, and No. 14 Nebraska. If the Nittany Lions win the Louisville regional, they will advance to the Final Four for the third straight year. This year’s Final Four will be held in Oklahoma City. You can check out the full bracket here. Share via
Women\'s Volleyball To Take On Siena In NCAA Tournament
https://staging.onwardstate.com/2014/11/30/womens-volleyball-to-take-on-siena-in-ncaa-tournament/
Send this to a friend