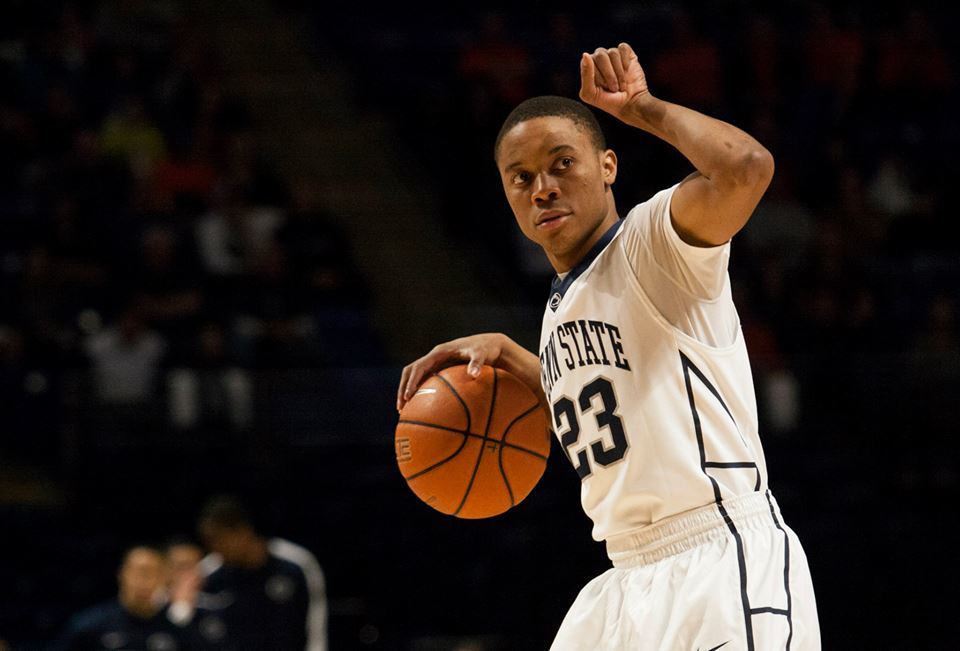 Lost in the commotion that is Penn State football’s hectic coaching situation is that the Penn State men’s basketball team (9-4, 0-0) kicks off Big Ten play tonight against the 5th ranked Michigan State Spartans (11-1, 0-0).

You can easily argue that Michigan State is the best team in America right now. Aside from a 79-65 home loss to North Carolina, the Spartans have been dominant this season. Save for the four point wins over Kentucky and Oakland — the former wasn’t even as close indicated, while Michigan State faced Oakland without its starting point guard — the Spartans have won every game by at least nine points.

As for Harris, he is one of the most dynamic guards in America, capable of taking over a game offensively at any moment. He is averaging 17.9 points, 4.6 rebounds, 3.2 assists, and 1.3 steals per game, although most of the season has been played on a gimpy right ankle. When he and Payne get going, it’s almost impossible to stop the Spartans.

Those two are surrounded by the usual mix of talent that you see on any Tom Izzo squad. PG Keith Appling is averaging 15.9 points and 5.0 assists a game, while G/F Branden Dawson is averaging 10.3 points and 9.3 rebounds a night. As a team, Michigan State leads the nation with 19.5 assists per game, is 18th nationally with 41.3 rebounds per game, and scores 83.7 points a night, which is 22nd best in America. It goes without saying, but this team is really freaking good.

If Penn State wants to win — aside from Tim Frazier and D.J. Newbill going into God mode and combining to score 60 points, which you should never completely rule out — the Nittany Lions will need to find a way to contain Payne and Dawson down low and on the glass. Donovon Jack, Brandon Taylor, Ross Travis, and the bench rotation of Jordan Dickerson, Alan Wisniewski, and Julian Moore won’t be able to completely stop the two, but they can slow them down.

The other thing to keep an eye on is the guard matchup. Frazier and Newbill vs. Harris and Appling is one of, if not the, premier guard battle in the Big Ten this season. The four guys may combine to spend three minutes resting on the bench if the game is tight, and that’s a liberal estimate. It’s going to be an all out war, and as a basketball fan, I can’t wait.

Penn State has the backcourt and the three point shooting to keep this game close. However, Michigan State is a dominant, NCAA champion-caliber squad, and like all Tom Izzo teams, they aren’t prone to the mental lapses that other teams could be prone to when you play Penn State at the Bryce Jordan Center over winter break.

Share via
Penn State Basketball Kicks Off Big Ten Play Against Michigan State
https://staging.onwardstate.com/2013/12/31/penn-state-basketball-opens-big-ten-play-against-sparty-tonight/
Send this to a friend