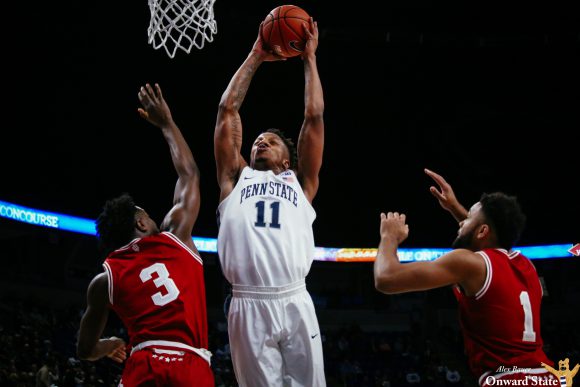 The Big Ten released the preliminary men’s basketball schedule for the upcoming 2017-18 season Monday, with times and dates to be announced later.

Penn State plays Iowa, Ohio State, Maryland, Northwestern, and Nebraska both at home and on the road this year, while it will face the other eights opponents once. Pat Chambers’ Nittany Lions host Michigan, Minnesota, Rutgers, and Wisconsin at the Bryce Jordan Center. The team will travel to Illinois, Indiana, Purdue, and Michigan State.

Penn State has already confirmed its non-conference schedule, highlighted by an appearance in the Legends Classic at the Barclays Center Nov. 20-21. Joining the Nittany Lions in Brooklyn are Pitt, Oklahoma State, and Texas A&M.

This year’s Big Ten/ACC Challenge features a trip to Raleigh to face N.C. State on Nov. 29. Penn State’s other non-conference contests of note are George Washington, George Mason, and Rider. The season kicks off with an exhibition against Bloomsburg on Nov. 5, followed by the true home opener on Nov. 10 versus Campbell.