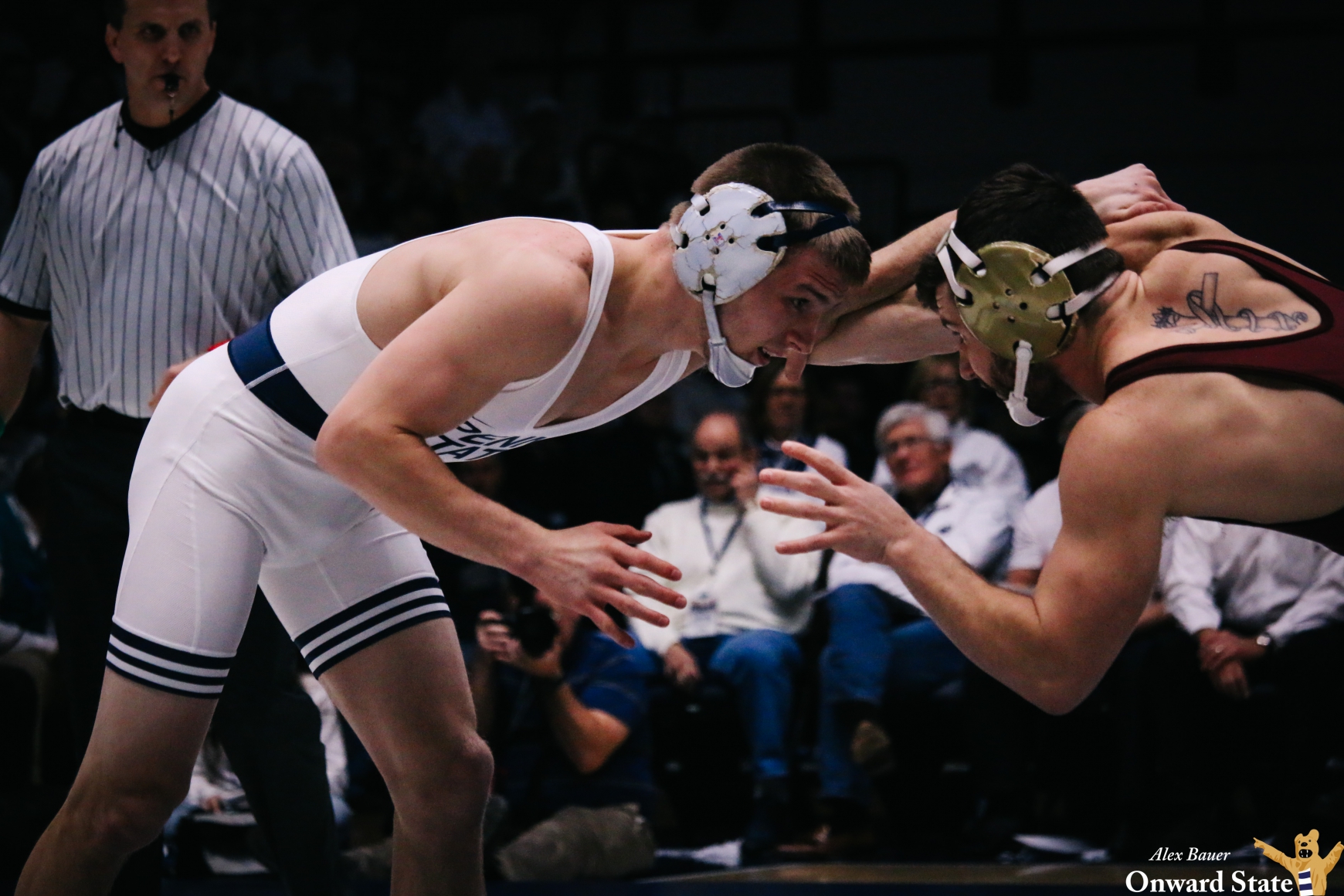 As almost every media availability has gone for the last month, Cael Sanderson couldn’t get past the first question without being asked about the status of Penn State’s 157-pounder Jason Nolf’s knee.

Nolf, the nation’s top wrestler at 157 lbs., injured his knee in a January 28 dual against Rutgers. He is currently tied with No. 2 Michael Kemerer of Iowa for the No. 1 seed in the 157 lb. bracket in this weekend’s Big Ten Championships.

Sanderson, who often speaks cryptically and rarely tips his hand, appeared confident that Nolf would be ready to go in East Lansing this weekend.

“He’ll be wrestling Saturday. The plan is to get him out there and let him compete,” Sanderson said Wednesday afternoon.”He wouldn’t wrestle if he weren’t cleared to go. He’s cleared and ready to go.”

During practices, Nolf has wrestled live and at full speed, as opposed to just going through drills and easing into the postseason during his rehab, according to Sanderson.

Nolf however spoke even more cryptically, when he limped into the hallway of the Joyner Wrestling Room for an impromptu, blunt interview for last minute or so that the media was allowed to be at practice. The redshirt junior and two-time All-American stayed in the locker room, while his teammates casually warmed up and tossed a miniature football around the mats. During his interview, Nolf said that he doesn’t even know if he is cleared to wrestle this weekend.

“Everything is doing good,” Nolf said.

“I didn’t know [him wrestling in the Big Ten Championships] was happening,” he said later in the interview.

You can watch Nolf’s full interview, his first since his injury, here:

We’ll know for sure whether Nolf compete this weekend Saturday morning when the first matches begin.