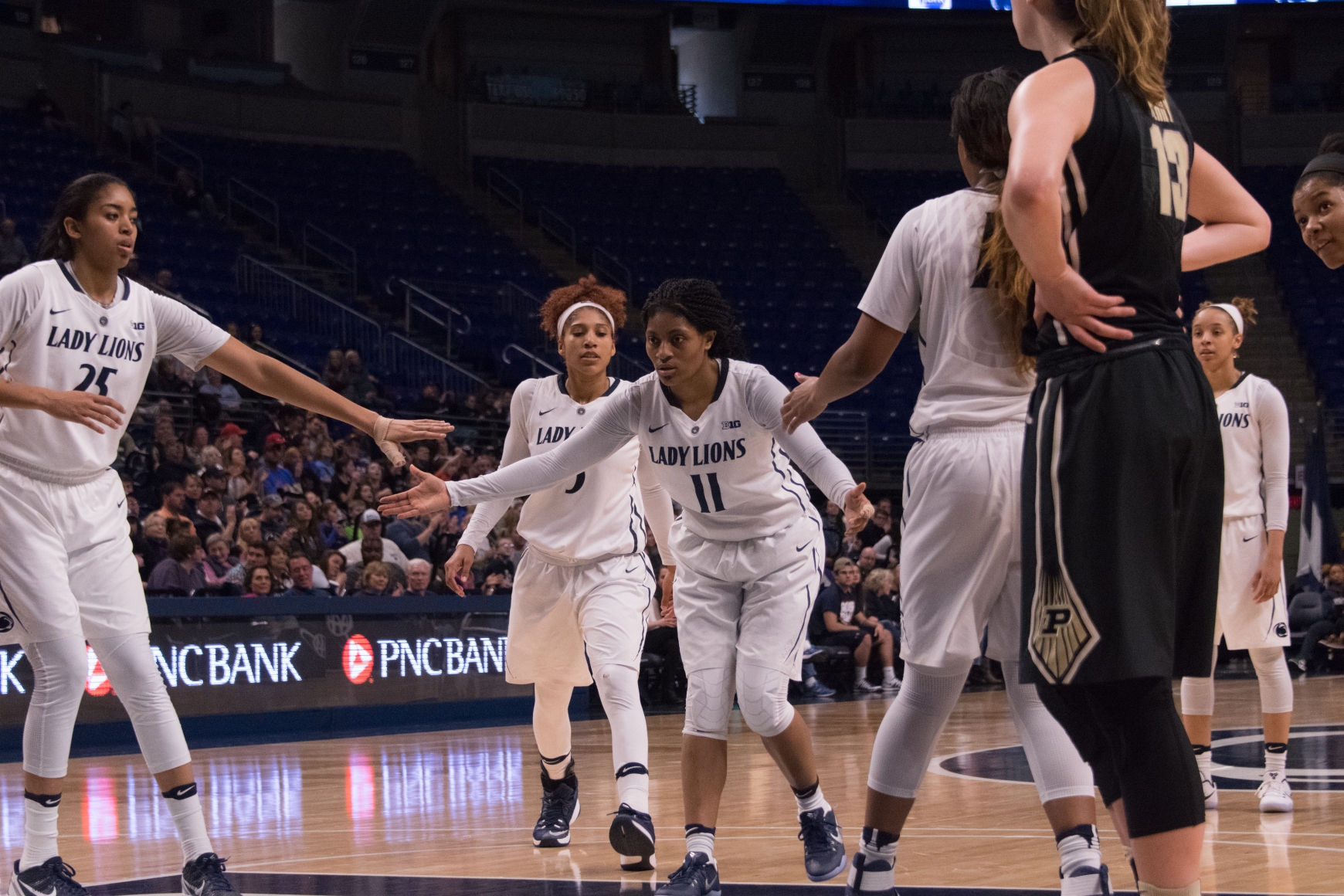 Penn State women’s basketball (16-14, 6-10 Big Ten) didn’t have much of an issue with Illinois in its Big Ten Tournament opener thanks to star guard Teniya Page. She set a career-high with 38 points to help the Lady Lions win 83-57 against the Illini (9-22, 0-16 Big Ten) and move on to Thursday’s second-round matchup with Michigan.

Penn State opened the game with the strong shooting hand, but in a sloppy end to the first quarter, Illinois found its groove with Alex Wittinger. The junior forward spearheaded a 14-5 run, scoring 12 of those points on her own, to give the Illini a 24-18 lead early in the second quarter.

Things were started to look bleak for the Lady Lions, who had lost four of their last five heading into the game, then Teniya Page went off. The Lady Lions went on a 18-2 run and the All-Big Ten first team honoree had 16 of those points during it. She finished the half with 19 points to give Penn State a 33-27 lead at the break.

Teniya Page is slaying Illinois at the moment. Lady Lions are on a 18-2 run and the junior guard has 16 of those points. pic.twitter.com/K3lt7qWi8C

Page wasn’t slowing down in the third quarter. She had 15 of her team’s 23 points as the Lady Lions raced out to a 58-43 lead — seemingly putting this clash against the lowest-seeded team in the conference out of reach.

With victory in the bag, Page iced off her performance with a few late baskets to complete a new career high. Penn State cruised in the final minutes to take the 83-57 win.

Player of the Game

She’s had many fantastic games in her career, but Page completely took over this game. Her career-high 38 points is the second most any player has ever scored in a Big Ten Tournament game.

The Lady Lions survive to see March and anything can happen in the month of madness. They’ll open with sixth-seeded Michigan, which sits right outside the AP Top 25 and blew out Penn State in the two teams’ only meeting of the year back in December. Tipoff is at 9 p.m. (which would be right after men’s basketball’s Big Ten Tournament opener) and you can catch it live on your regional sports network carrying the tournament, which is WHVL in the State College area.