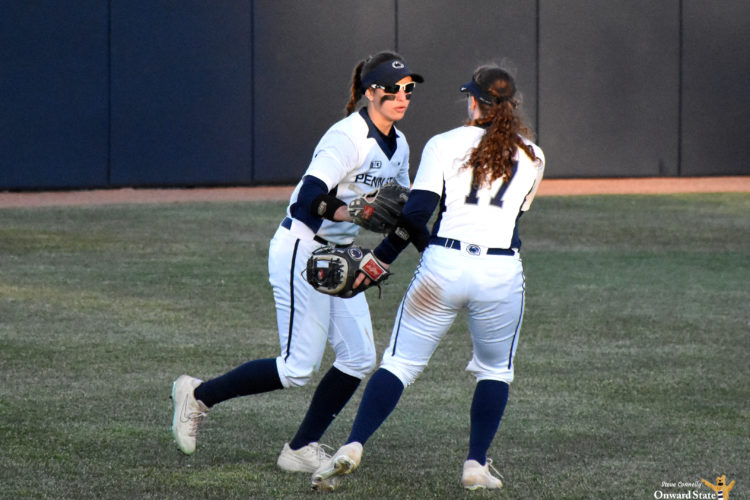 The Hoosiers (36-20, 10-13 Big Ten) made the Penn State defense work and used an aggressive third inning to take the lead and move on in the tournament.

Indiana’s Tara Trainer, who dominated Penn State’s batting order in the series last weekend, got the start again in the circle, but the Nittany Lions wasted no time putting runs on the board thanks to a two-run homer from Destiny Weber in the first inning.

The wheels fell off for the Penn State infield in the second and third innings. After scoring on a suicide squeeze in the second, the Hoosiers small-balled their way to a 4-2 lead in the third after bunting batters on base and being aggressive on the bases.

Both Penn State and Indiana brought in relievers down the stretch, with Kylee Lingenfelter taking the circle for the Nittany Lions and Emily Goodin for the Hoosiers. The two were successful, keeping opposing batters at bay.

That’s all the Hoosiers would need as they held on for a 4-2 win and advance in the tournament to play Northwestern.

That’s the end of the season for the Nittany Lions. They have five seniors moving on — Toni Polk, Tori Dubois, Meghan Williams, Madison Shaffer, and Paige Johnson. But for a team that had a heavy freshmen influence, the future is brighter than it’s been for Penn State softball.

Share via
Penn State Softball\'s Season Ends With Big Ten Tournament Loss To Indiana
https://staging.onwardstate.com/2019/05/09/penn-state-softballs-season-ends-with-big-ten-tournament-loss-to-indiana/
Send this to a friend