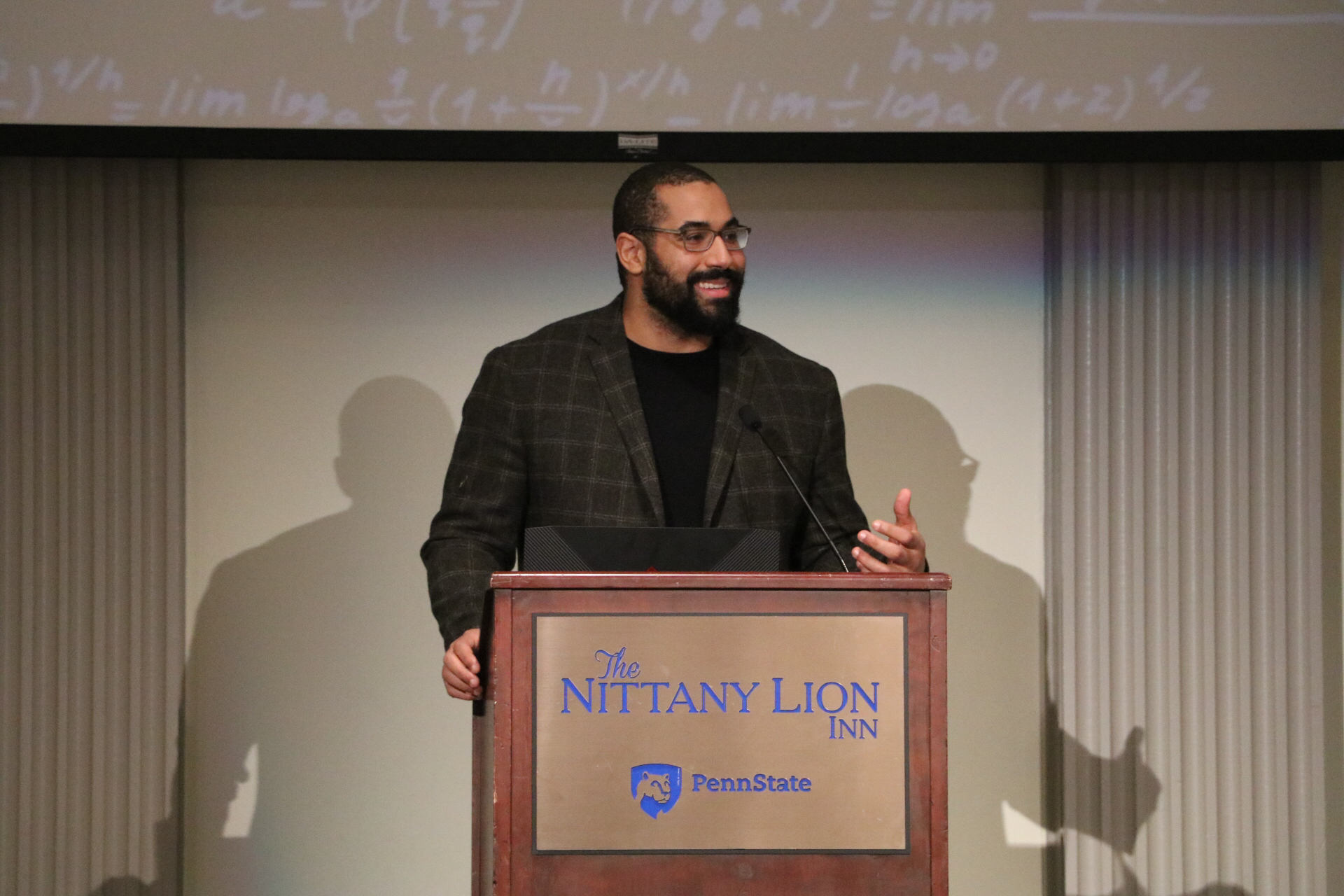 Urschel, who played for the Baltimore Ravens for three seasons and is currently pursuing his Ph.D. in mathematics at MIT, is a mathematician whose research specializes in numerical analysis, graph theory, data science, and machine learning.

But on the field, he played guard for the Nittany Lions for four years and was drafted in the fifth round of the 2014 NFL Draft. As he excelled in both academics and athletics during his time here at Penn State, Urschel is happy to “slightly change” the stereotype of being, as he puts it, “a dumb jock.”

“I believe that it’s important that more attention is drawn to the things athletes do outside of sports,” he said. “The sort of narrative soft of perpetuates an environment in which people don’t feel completely comfortable pursuing something outside of sports. Not just me, but the majority of athletes.”

Throughout the lecture, Urschel told his life story and explained how he got to where he is today after coming from small beginnings. He explained how his love for a challenge is something that he has had since he was a child, and it’s why he can be so passionate about two seemingly opposite things — math and football.

“At home, [my mother] noticed I had a talent for, and a real interest in, math…I would devour workbooks that she got me. We would spend hours at the kitchen table playing different games- playing sudoku puzzles or board games. Games that were developing my reasoning abilities, my quantitative thinking,” he said. “And really, also it encouraged my competitive instincts.”

As Urschel grew, he learned to love to solve puzzles and figure out problems. He shared that in high school, science and math were his favorite subjects, but all he wanted to do was play football all day.

“I craved the competition, the adrenaline, and the challenge…Sports can be hard at times, even painful. But your teammates share that challenge and that pain. You and your teammates, you always had this common goal,” he said. “As Americans, sports are our common culture…If you have any sort of athletic ability as a kid, people encouraged it. I always had coaches pushing me, telling me to do one more rep…Needless to say, I didn’t have teachers coaxing me to do one more math problem.”

He stated that growing up, he didn’t even know what a mathematician was, and he didn’t know what he could do with his skills in numbers. But that changed when he came to Penn State. Originally an aerospace engineering major, he became bored with the curriculum and wasn’t interested in the question those classes would ask: “How does this work?” Over time, he became more interested in a different question: “Why does this work?”

Urschel explained that when he started taking higher-level math courses, “something just shifted.”

Urschel described how math came alive to him once he started taking more math classes during his college years, and how he fell in love with the beauty and complexity of mathematics. It also finally let him discover the answer to his question, “Why does this work?”

“I didn’t really want to memorize formulas, I wanted to know how they came up with them in the first place.”

Urschel finished his lecture with a Q&A session, where he answered questions about why he retired from the NFL early, the biggest obstacles in his life, and what tips he had for getting better with time management.

But at the very end of the evening, Urschel discussed the chances of coming to teach at Penn State one day, saying that “it’s something he’s definitely thought about,” and that “there’s a serious possibility” that at some point in his career, he’s teaching mathematics to future Nittany Lions. 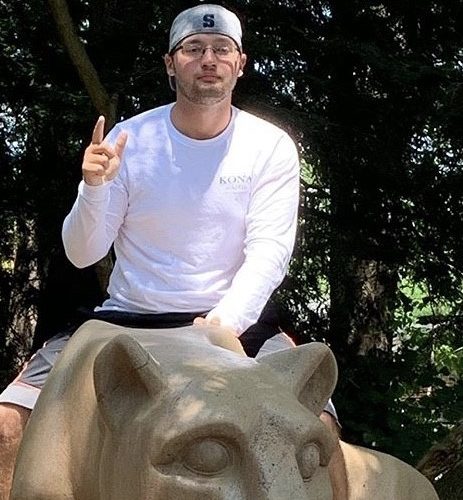