Women’s Volleyball Closes Out Regular Season With Sweep of Nebraska 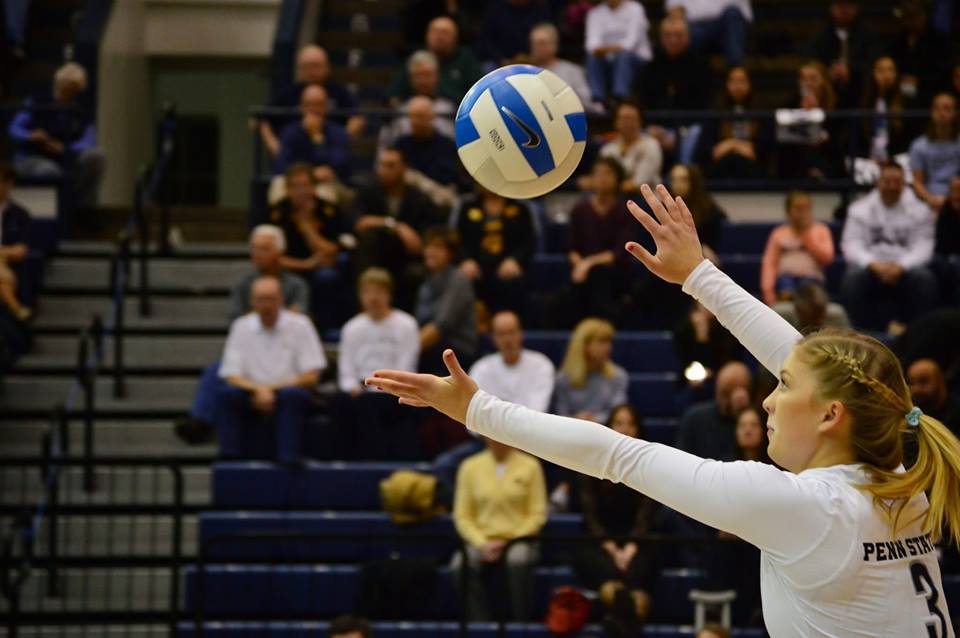 The Nittany Lions starts off hot and didn’t look back after the team jumped out to an 8-0 lead in the first set, as senior Micha Hancock opened the match with back-to-back aces. The Huskers tried to come back, eventually narrowing the gap to just one, but timely kills gave Penn State the first set 25-21.

#4 @PennStateVBALL wins the FIRST 8 POINTS of the match vs #10 @Huskervball on 4 Micha Hancock aces! http://t.co/cTp2sYV39G

The second set was more of the same, as the team went on a 7-1 stretch early to earn an 8-4 lead. The Nittany Lions would expand their lead to as much as ten points, and after trading points with Nebraska, the team closed out the second set 25-15.

The final set saw Penn State get out to an 8-3 lead, and the Nittany Lions would outlast the Huskers 25-16 in the seniors’ final home set.

While it was Senior Night in Rec Hall, underclassmen led the way for the Nittany Lions. Freshman Ali Frantti paced the offense with 17 kills, and junior Megan Courtney added eight. Freshman Haleigh Washington led the match with four blocks.

The team will play next in the NCAA Tournament. Penn State finds out its seeding on Sunday at 8:30 p.m. on ESPNU. Share via
Women\'s Volleyball Closes Out Regular Season With Sweep of Nebraska
https://staging.onwardstate.com/2014/11/30/womens-volleyball-closes-out-regular-season-with-sweep-of-nebraska/
Send this to a friend