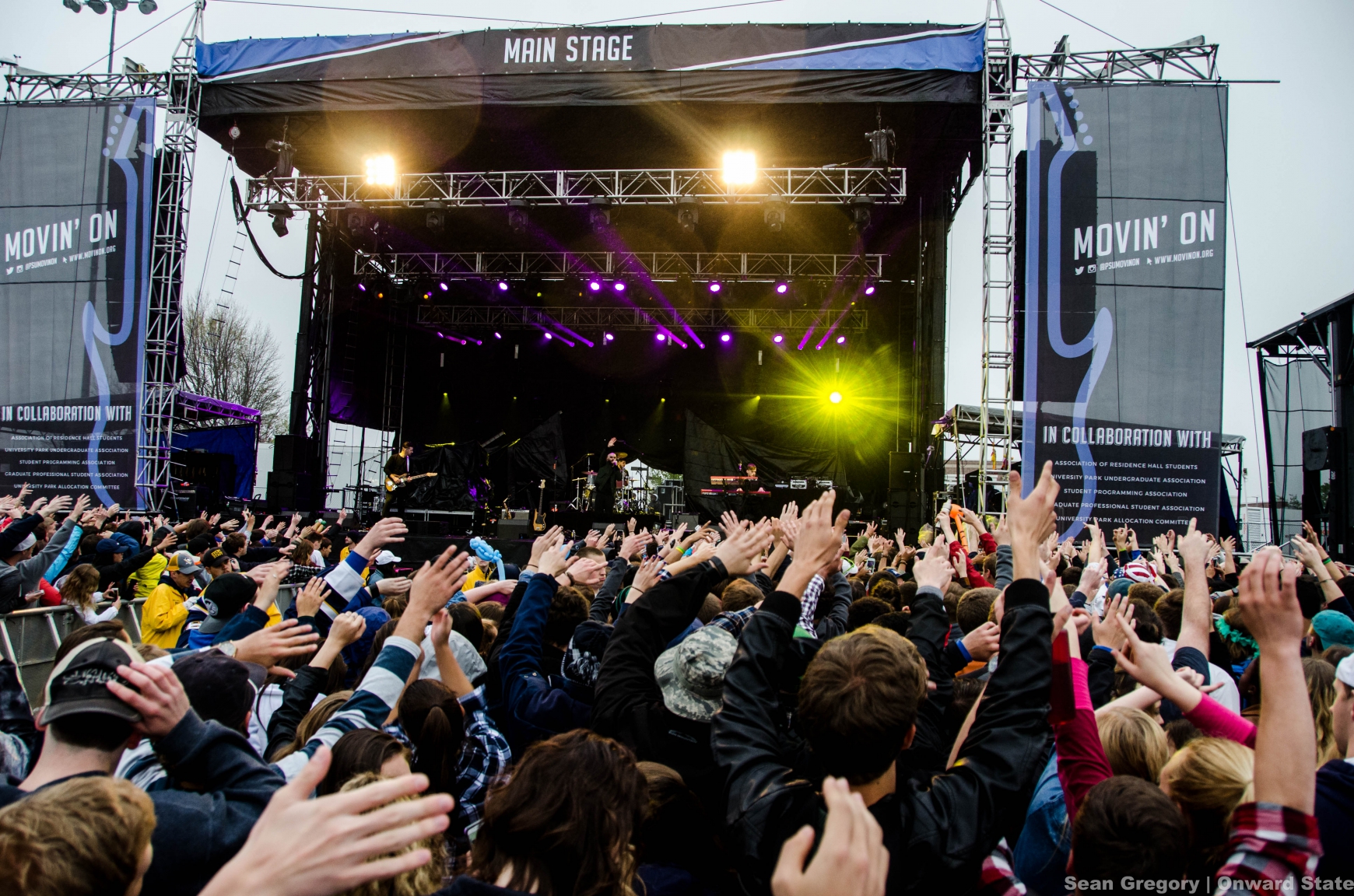 Penn State’s annual spring music festival Movin’ On might seem far away as we shuffle through a cold, snowy January Tuesday, but the organization’s preparations have long been underway. Such continued yesterday when Movin’ On opened its applications for Battle of the Bands, the winner of which will get the opportunity to open the show in April with a 30-minute performance.

The requirements are pretty straightforward: You must have a musical group of which at least one member is a Penn State student, either undergraduate or graduate. New this year is that students who attend Penn State Commonwealth campuses are also eligible to apply for Battle of the Bands. Bands must have original music to be considered and must submit samples as part of the application.

Eight bands will be chosen from the applicant pool to participate in the actual Battle of the Bands, and the winner of which will get to perform first at Movin’ On 2017 and open for multiple (yet to be announced) big-name acts. Last year’s winner, Cecil Blutcher, got to open the show for Walk The Moon and Nelly while the 2015 champs, Mute Cities, preluded Passion Pit and Big Sean.

Applications are due by Saturday, February 25 at 5 p.m., before which point acts should complete this application and send samples as well as any media including press kits, videos, interviews, or articles to production@movinon.org. Once the top-eight groups are selected, each will perform at the Battle of the Bands later this semester and be judged on originality, musicianship, audience participation, stage presence, and overall performance.

Share via
Battle Of The Band Applications Open For A Chance To Perform At Movin\' On
https://staging.onwardstate.com/2017/01/31/battle-of-the-band-applications-open-for-a-chance-to-perform-at-movin-on/
Send this to a friend