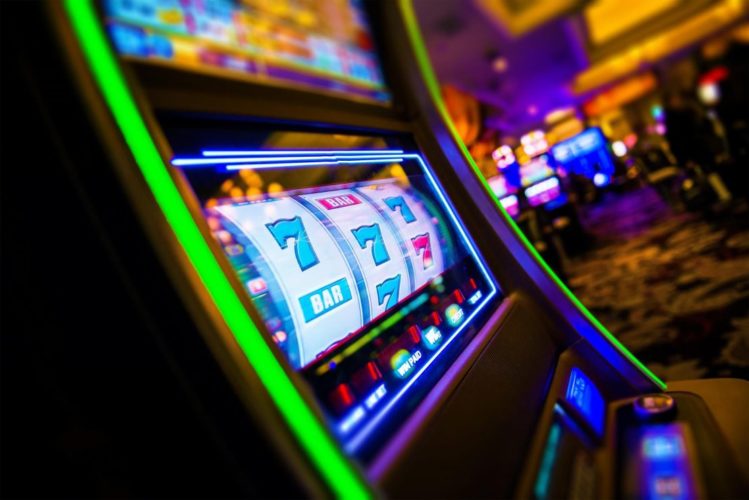 The former Macy’s department store site at the Nittany Mall is the planned location for a proposed mini-casino in Centre County.

College Township officials received this week a local impact report as required by the Pennsylvania Gaming Control Board that identified the location for the category 4 casino, township Manager Adam Brumbaugh said in a statement on Wednesday afternoon.

Investor and former Penn State trustee Ira Lubert had a winning bid at a September 2020 Pennsylvania Gaming Control Board auction for a new license for a Category 4 casino that would be built somewhere within a 15-mile radius of Unionville Borough. In January, Bally’s Corporation announced it had signed an agreement with Lubert to develop a planned $120 million mini-casino but at the time only indicated it would be located “near the Nittany Mall.”

Macy’s closed its Nittany Mall store in 2020 and the property was subsequently acquired by mall ownership.

The new casino is expected to have 750 slot machines and 30 table games. If approved for separate licenses and certificates, it will provide retail sports betting, online sports betting, and online gaming. It also will have restaurant and entertainment facilities.

Pending regulatory approvals, construction is expected to begin later this year and take approximately one year to complete.

College Township zoning allows for gaming establishments in the area of the Nittany Mall. The township was one of a handful of Centre County municipalities that chose not to opt out from consideration as a potential site when the state began rolling out mini-casinos in 2017, citing the potential for development in the mall area.

Brumbaugh said that prior to Tuesday the township had received no official word about the proposed casino location but had been contacted by a consulting firm from Philadelphia tasked with completing the local impact report.

“College Township has been proactively monitoring the developments related to the proposed Category 4 Casino and intends to perform its due diligence on any regulatory reviews that may be required,” Brumbaugh said.

The local impact report estimates an additional 6.2 police calls, 2.2 fire calls, and 2.0 EMS calls per month as a result of a College Township casino.

Gardner, according to the report, “did not anticipate that the casino will have a material impact on the department’s current police force staff and/or allocated police service hours to College Township.”

Bair said he did not anticipate “any major increase” in fire calls or expenses as a result of the casino, the report said.

Centre LifeLink EMS Chief Kent Knable said he “did not anticipate that the proposed casino would create further capacity challenges.”

Anticipated impact on the local road network “is minimal,” township engineer Don Franson said, according to the report. He noted that while increased traffic is expected, the road surrounding streets are designed to handle “full-scale mall activity.” The increased traffic should not warrant a new traffic signal.

The report by ESI Consultant Solutions concludes that the casino would have “a net-positive impact on College Township tourism, helping to revitalize the Nittany Mall and attract other retail and hospitality operators to the area.”

Tax revenues from the casino also will be “a significant net positive” to the township, the report stated. Host municipalities and counties each receive 2% of a casino’s slot machine revenue and 1% of table game revenues.

Lubert is licensed by the PGCB through his ownership interest in Holdings Acquisitions Co., LP, operator of Rivers Casino Pittsburgh. He had until Tuesday to submit his formal application to PGCB for the mini-casino.

As part of the approval process, PGCB will host a public input hearing at a date to be announced.

College Township’s FAQ on the proposed casino and the local impact report are here.

Another Nittany Mall anchor spot will soon be busy once again, with Rural King planning to open its first Centre County store in the former Sears location later this month.

Geoff Rushton is managing editor for StateCollege.com. Contact him at geoff.rushton@statecollege.com or find him on Twitter at @geoffrushton.

Share via
Former Macy’s Site At Nittany Mall Identified As Planned Location For Mini-Casino
https://staging.onwardstate.com/2021/03/03/former-macys-site-at-nittany-mall-identified-as-planned-location-for-mini-casino/
Send this to a friend